Destroy All Monsters: James Horner And The Music Of Inspiration And Change 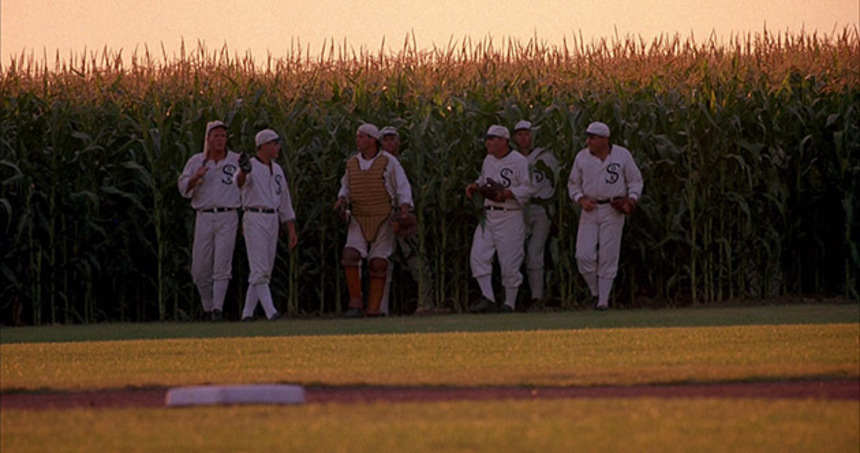 Film composer James Horner died earlier this week, as we've previously reported. I'm scarcely qualified to eulogize him, and others have done so elsewhere with great depth and insight.

Tuesday morning, for my part, was a terrible process of remembering not just how many of my favourite scores Horner wrote, but in scanning his filmography, how many of my favourite scores I had forgotten Horner wrote. When his less-memorable work was still better than the vast majority of music written for films in the past 35 years, we can surely say that James Horner was not just a master composer, but one of the great modern American storytellers in any art form.

For me, Horner's best music was effortlessly unified in its intent, regardless of the specific film in question. (I am not talking about Horner's oft-cited fondness for re-using certain motifs and orchestrations across different scores, a quibble that might simply be down to Horner being a victim of his own success.)

The unified intent in question: I feel like Horner's best music was always strongly connected to motifs of inspiration (some might call this "magic") and change. Surely, most narratives worth the label are stories of change on some level or another, but Horner's skill at richly and romantically capturing the emotional language of personal transformation draws many of his best scores together.

For example (and along the lines of the less-memorable work mentioned above), we might look at Horner's lead motif from The Amazing Spider-Man - a forgotten score whose core melody (starting in the track below at 0:56 and running to 1:13) nonetheless wistfully captures the unsteady evolution of Peter Parker from a nebulous geek in a hoody, to a superhero trying his best to do the right thing.

The first phrase of the melody seems to teeter like a baby gazelle finding its feet, before reaching to the sky with the second phrase and finally returning to completion and balance with the third. It's the only musical arrangement for Spider-Man that actually makes me think of Peter Parker as a character, rather than as a red-and-blue icon. If Horner's approach (like everything else about the Amazing Spider-Man franchise) has been left by the wayside, it still feels truer to the spirit of the piece than many of the choices made before or since.

Along the line of transformation, perhaps the more obvious example is Horner's score for Avatar, which rearranges the basic musical flavours of Titanic with an otherworldly spin that comes into full blossom when Jake - indeed - first transitions from his human body to his Na'vi body.

Titanic itself, meanwhile, reminded me a lot of Apollo 13. They were written within a couple of years of each other, and both reach their propulsive zeniths (0:20 in the Titanic clip below; 6:07 for Apollo 13) as great technological engines push their way towards camera (a waterline shot of Titanic leaving port, or a bird's eye shot of Apollo 13 lifting off).

Both films, though, are also built around watershed changes of our relationship with technology itself; the end of an era of technological hubris with Titanic, or the hubris of an era that has left the amazement of the space race behind in Apollo 13.

They are both striking works of cinema blending so completely with music that one can scarcely imagine one without the other. The Celine Dion song might be the terminal earworm of the latter half of the 20th century, but it is built on Horner's love theme for Jack and Rose that is so flawlessly constructed that it works as a pop song, a love theme, the background music for a naked doodling session, a lament for personal loss and change, and the death-dream of a 101-year-old woman.

And similarly, Horner's themes in Apollo 13 are so emotionally rich that the entire climax of the movie - as the spacecraft goes dark and re-enters the earth's atmosphere - can be experienced entirely without diegetic sound or dialogue and lose none of its gaping, hopeful power.

My favourite Horner score, though, will probably always be Willow. What a rich musical story of heroism, magic and transformation Horner weaves from the movie's very first bars:

"Willow's Theme" proper, however, is a swashbuckling epic par such excellence that it was used in trailers for a solid decade:

(Horner, of course, was the trailer-music-guy for the 1980s and 90s. How many action movies were hawked on the strength of Horner's seat-gripping final build from Aliens?)

Willow is a film built on inspiration and change, cleaving to the center of the boundary between the mundane world and the arcane, by way of Willow Ufgood and Elora Danan. But Horner's strength in conjuring the beguiling horizon between the trivial and the mystic was so deft that it worked just as well in a cornfield in Iowa:

Like most people, I don't need another reason to cry at the end of Field of Dreams, but the death of James Horner has added one. For a lifetime of great music, may he rest in peace; for the loss of whatever else he had in him, we are impoverished.

Do you feel this content is inappropriate or infringes upon your rights? Click here to report it, or see our DMCA policy.
AvatarField of DreamsJames HornerThe Amazing Spider-ManTitanicWillow