BAD BOYS 3: THE GREY's Joe Carnahan In Talks To Take Over Action Franchise 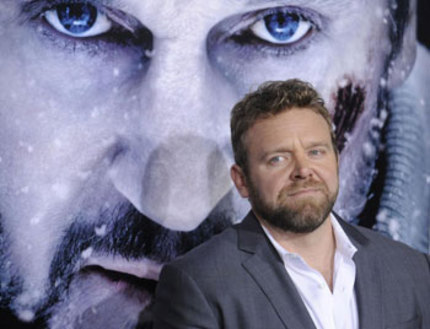 Joe Carnahan, writer and director for action flicks like The Grey and The A-Team, has been reportedly approached by Sony to take over their Bad Boy franchise. According to reports Carnahan could be taking a look at a previous draft of the script from Safe House writer David Guggenheim and reworking it. Carnahan may also direct this third film.
The same report over at Deadline suggests that Sony wants to get moving on this and sign up Carnahan so they have a film ready for Will Smith to consider once he is done with Suicide Squad. Martin Lawrence is unofficially waiting at home by phone for something, anything, to happen.
Personally, I love the Bad Boy flicks. Ask me some time about the time I went to see the first one and how many police cars showed up. I will say this though, I've always thought the writing in the first two had some of the most mean spirited and racist dialogue. It has always bothered me about those two films. In this time of heightened social awareness and uproar can this franchise even consider a script like those first two again? Tread lightly Mr. Caranhan. The time of racially fueled humor is not now.
Tweet Post Submit

Do you feel this content is inappropriate or infringes upon your rights? Click here to report it, or see our DMCA policy.
Bad Boys 3Joe CarnahanMartin LawrenceWill Smith