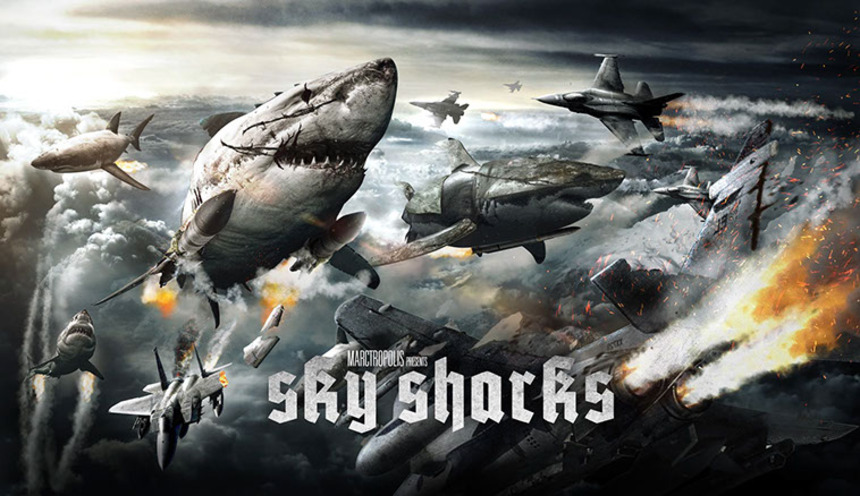 I am often suspicious of claims made in marketing materials. Because, you know, those guys get paid to lie on a regular basis. But when the creators of Sky Sharks describe their film as 'The Ultimate Zombies Riding Flying Sharks Movie', well ... I think they just may be on to something.

One of those project that immediately catches the attention thanks to its supremely ludicrous premise - yes, it really does feature Nazi zombies riding jet powered mutant sharks - we've been keeping an eye on this one from day one and with the film having just launched a Kickstarter campaign to raise 75k Euro to help support the production costs. And with the arrival of the Kickstarter comes the arrival of the four minute proof of concept teaser that's already gotten them this far.

Deep in the ice of the Antarctic, a team of geologists uncover an old Nazi laboratory, still intact, where dark experiments had occurred. Unwittingly the geologists unleash upon the world a top-secret experiment the Germans had been working on - modified sharks that are able to fly, whose riders are genetically mutated, undead super-humans. The only thing that can stop them, and possibly save the world, is a military task force called "Dead Flesh Four" - assembled from reanimated U.S. soldiers who fell in Vietnam.

So, what are you waiting for? Check out the madness of the trailer below and - should you be so moved - support the crowd funding campaign here.