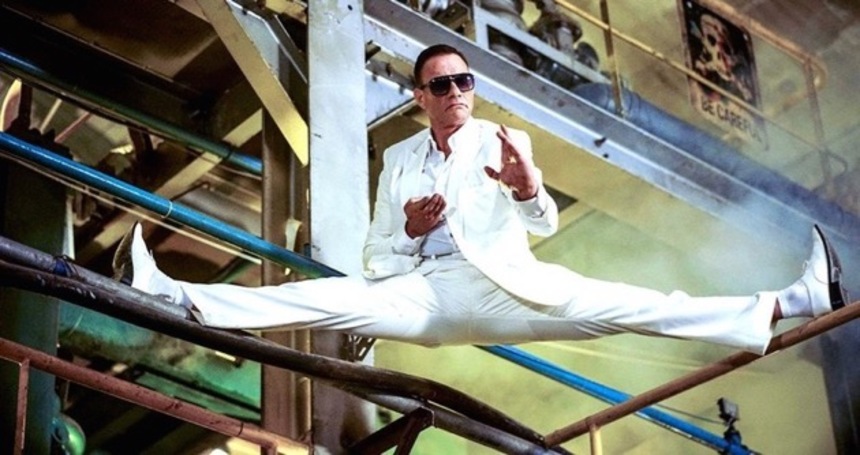 The muscles from Brussels, Jean-Claude Van Damme returns to China, to play a supporting role in Da Peng's superhero comedy Jian Bing Man...literally translated as "Pancake Man".
The film is being lined up for a big summer release in the mainland, and is set to hit screens on 17 July. Actor-director Da Peng has gathered a host of local stars together for the film, including Hong Kong comedy favourites Eric Tsang and Sandra Ng. It tells the rather preposterous story of a lowly street vendor who magically acquires super powers harnessed from the tasty breakfast crepes he sells.
Van Damme appears to be playing the villain of the piece, but details of his role in the plot are somewhat scarce at this point. However, we have found two videos, embedded below for your viewing pleasure. Firstly, the film's trailer, and secondly a behind-the-scenes video featuring an interview with JCVD himself. Enjoy!
Sign-In to Vote
Tweet 0 Submit

Do you feel this content is inappropriate or infringes upon your rights? Click here to report it, or see our DMCA policy.
ChinaComedyDa PengJean-Claude Van DammeJian Bing ManPancake ManSuperhero

Just for that picture alone I will see this!

I hope he kicks everyone's ass in this, haha. Looks pretty lame, even if I didn't understand most of it.

I dunno sometimes comedies go too far to be funny. If JCVD has a big part maybe i'll see it, if it's got English subtitles. I thought The Jungle was funny.

i guess JCVD in the movie is just for promotion factor.