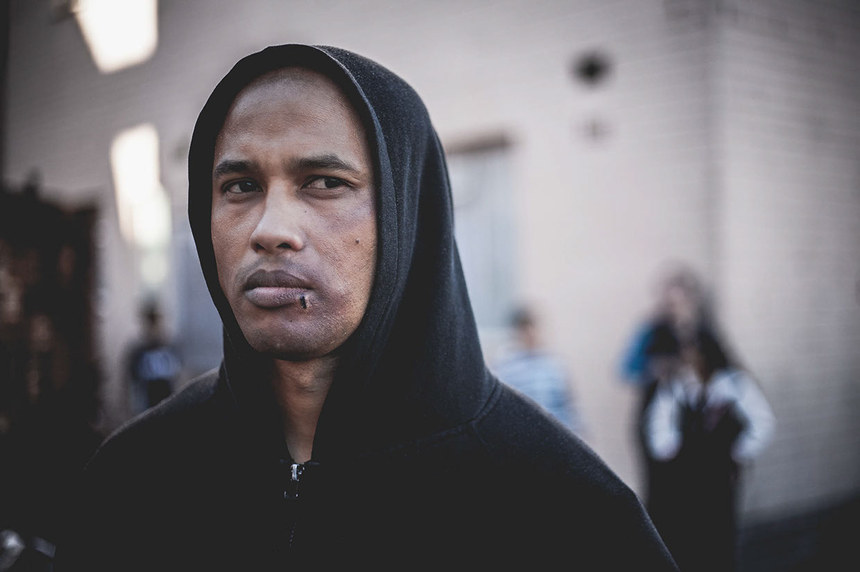 Here's a tasty little something from South Africa with the trailer for award winning short film Nommer 37. Co-directed by Nosipho Dumisa and Travis Taute the film's premise is a deliberate nod to Hitchcock's Rear Window with the story transplanted to the gritty underbelly of the Cape Town and the results look absolutely fantastic.

Nommer 37 tells the story of Randal (Irshaad Ally), a career criminal recently crippled by an injury sustained during a shady deal gone horribly wrong. Wheelchair-bound and cooped up in his apartment in a rough Cape Town neighbourhood, with no-one to support him except his devoted girlfriend Pam (Shamilla Miller), Randal is heavily indebted to a ruthless loan shark. With no way of paying the money back, he despairs for himself and Pam. However the gift of a pair of binoculars enables him to watch the shady comings and goings in the apartments across from his, which present him with an opportunity to get his hands on the money he so desperately needs - but at great risk.

Do you feel this content is inappropriate or infringes upon your rights? Click here to report it, or see our DMCA policy.
nommer 37rear windowsouth africatrailerNosipho DumisaTravis TauteDaryne JoshuaShortThriller