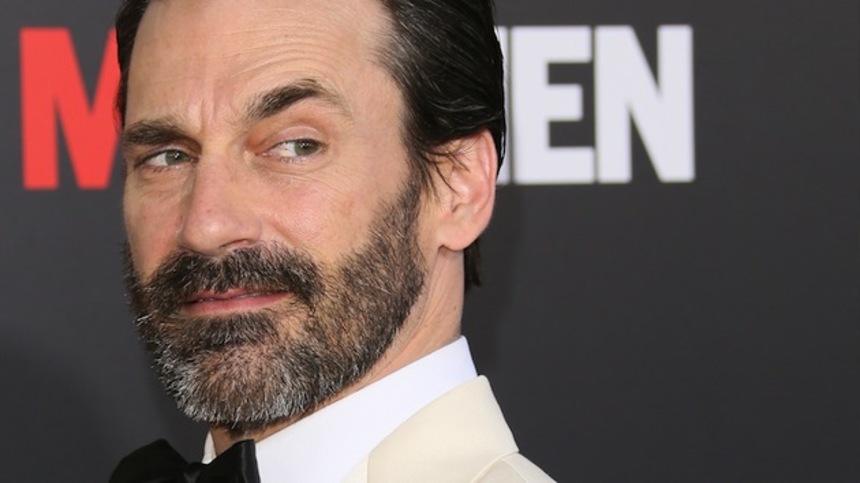 With Mad Men coming to a close later this month, viewers have been wondering what the man behind Don Draper will do next.

While I for one had hoped Jon Hamm would go all out and do a full-on, international campaign for Jon Hamm's John Ham, a product most office lavatories the world over are in desperate need of, the guy has opted for a feature film in the genre of political thriller instead.

Helmed by Brad Anderson(Session 9) and penned/produced by Tony Gilroy (The Bourne Series), High Wire Act sees Hamm as a former diplomat who is tasked to help free a former colleague from a terrorist group in 1980s Beirut. And said terrorist group may or may not have killed Hamm's family.

This all reminds me of the Harrison Ford led Tom Clancy films of the 1990s, and frankly, feels like the safest kind of choice for Hamm post-Mad Men: high stakes political intrigue from a writer/producer that currently owns that quadrant of adult drama on the big screen. And despite the possible badassery that Hamm could partake in here, this all bums me out a bit in its seeming generic-ness. Do we really need another "manly white man vs. foreigners" flick? Not really. Is this a good team to aim past that? Absolutely.

Like many films gaining steam this week, High Wire Act heads to the Cannes sales market later next week.

Do you feel this content is inappropriate or infringes upon your rights? Click here to report it, or see our DMCA policy.
brad andersonhigh wire actjon hammtony gilroy