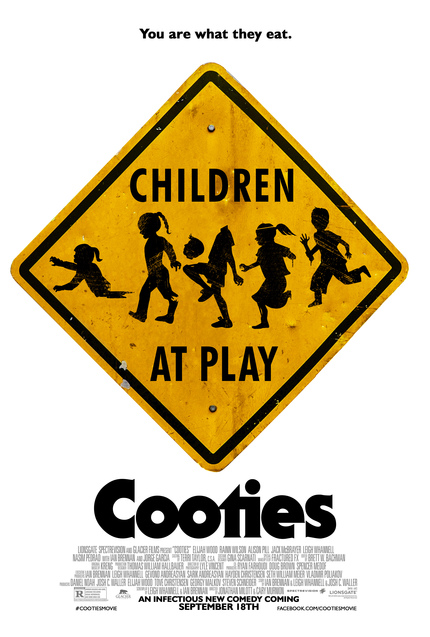 Having been reworked and beefed up after it's debut at Sundance last year, the current cut of the horror comedy Cooties most recently bowed at the Stanley Film Festival. Our Michele Galgana caught the 're-edited with added action at the end' flick at Stanley and had this to say in her review.

...it's a return to the days of '70s and '80s cinema where there were no rules about who could die or be terribly maimed onscreen. At its most common, Cooties feels a bit like a sitcom, but one that's actually really funny. At its most exhilarating, it feels like a blend of Who Can Kill A Child? and Return of the Living Dead, an excellent blend of fast-paced hilarity and madness.

And now there is this first trailer where Elijah Wood, Leigh Whannell, Rainn Wilson and a host of other primary school teachers fend off an army of dead, made up of students who have eaten tainted chicken nuggets. When are they not tainted?
Cooties hits cinemas and on demand in the States on September 18th.
Tweet Post Submit