THE INVITATION Picked Up By Drafthouse Films 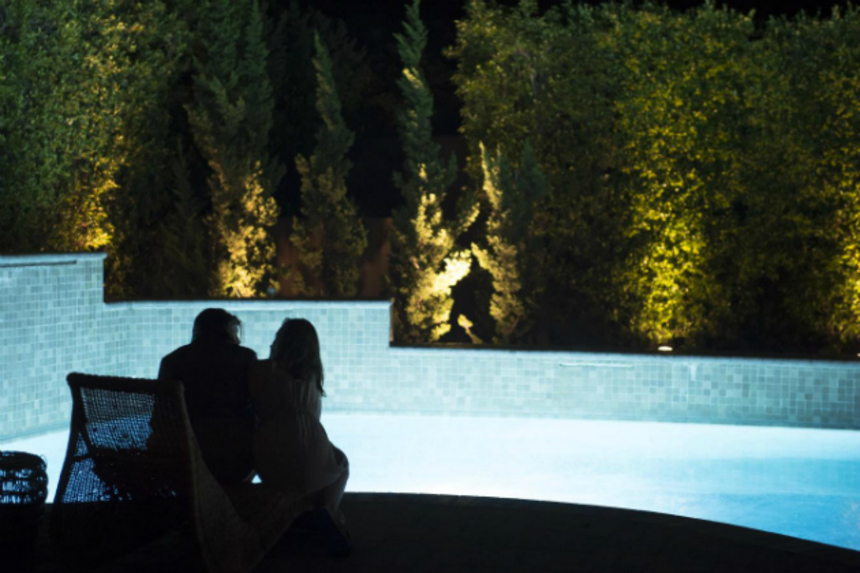 Karyn Kusama's The Invitation, which debuted last month at SXSW, has been acquired for worldwide distribution by Drafthouse Films, according to Variety.

Logan Marshall-Green stars as a man who accepts an invitation to a reunion of old friends at the house where he once lived. Once there, he becomes suspicious of the motivation of the invitees -- his ex-wife and her new beau -- and the evening becomes more intense as time wears on.

The film received mostly positive critical notices, though my own review (linked below) was a bit less positive. Kusama, who previously directed Girlfight and Jennifer's Body, takes chances on a different type of narrative, and the performances are uniformly fine, though I had qualms about how things played out.

Still it's a good one to watch and debate. And I'll be interested in seeing how the film is marketed; It's really more of a straight drama with suspenseful elements than a thriller.

(Full disclosure: XYZ Films, in which ScreenAnarchy founder and editor Todd Brown is a partner, was involved in the production and sale of the film. Mr. Brown was not involved in the writing or editing of this article.)

Do you feel this content is inappropriate or infringes upon your rights? Click here to report it, or see our DMCA policy.
Drafthouse FilmsKaryn KusamaLogan Marshall-GreenMichiel HuismanTammy Blanchard