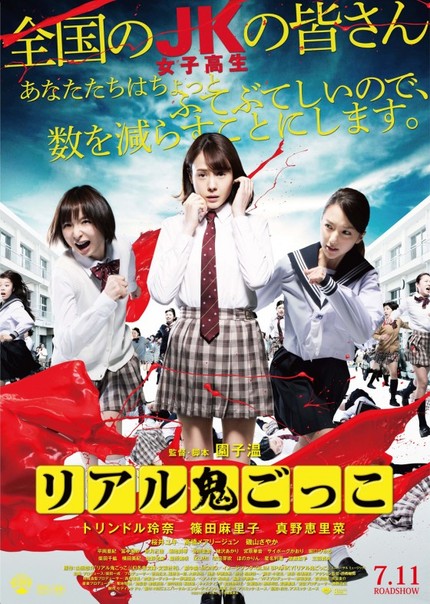 You'd think at some point that director Sono Sion would run out of crazy. But nope. Here comes a trailer for another of the whopping six titles the Japanese maverick has slated for release this year and it continues to lay on the madness.

A fresh adaptation of Yamada Yusuke's novel Riaru Onigokko - which previously gave rise to the Chasing World series of films - Sono's Tag envisions a world where female schoolgirls are targeted by a sudden wave of homicidal ghosts. Ghosts with guns, evidently, among other ways of killing their young targets.

Yep, this is pure hunt 'em down and kill 'em sort of stuff but Sono appears to be pulling it off with his normal aplomb in the first trailer. Check it out below.

Do you feel this content is inappropriate or infringes upon your rights? Click here to report it, or see our DMCA policy.
chasing worldsion sonosono siontagtrailer