Interview: Mary Elizabeth Winstead On ALEX OF VENICE, Her Admiration For Indie Film, And More 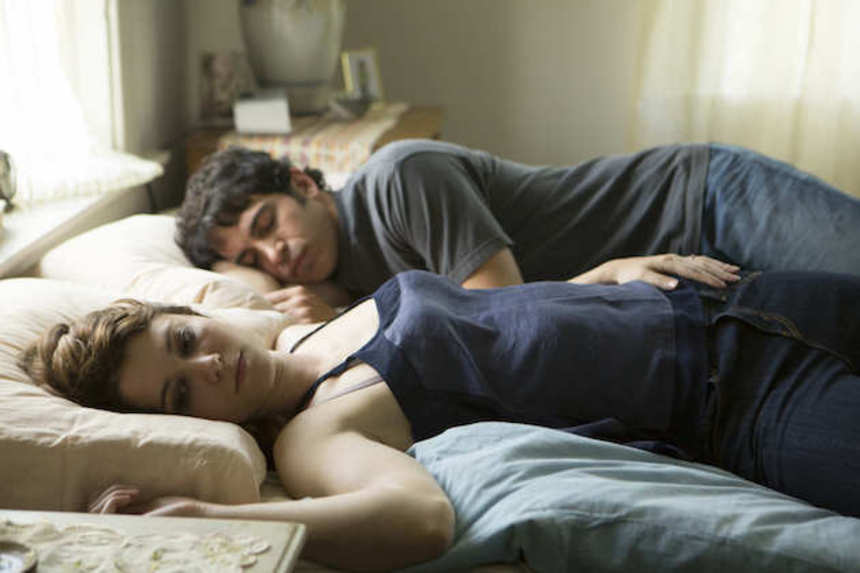 I really admire Mary Elizabeth Winstead's career choices. She started out as a Scream Queen and then dabbled with big, bad studio movies. Lately her focus has been on roles in smaller films that really make an impact.
Winstead still does those big, bad studio roles, but who wouldn't? Many of those movies are fun to watch, so I imagine it's just the same making them.
Last week we spoke on the phone and discussed a variety of topics. Among them: her latest role in the eye-opening Alex of Venice (my review from last year's Tribeca Film Festival -- please excuse my ridiculously cool headline), the challenges of tackling the horror genre, our mutual love for independent cinema, and how she balances her fans on social media. The latter point is something that's not as easy as it may sound.
This interview is a favorite of mine and I hope you enjoy it.

ScreenAnarchy: Hey, Mary, how are you?

It's great, it's nice to finally talk to you. I feel like we've been Internet friends forever.

I know! Yeah, we haven't, I didn't even realize we haven't talked before, that's so funny.

Yeah, this is the first time!

Going back to Twitter, earlier I tweeted that I was interviewing you and my feed went crazy with all of your fans asking me questions and re-tweeting. I'm curious how you handle so much fan conversation coming your way all at once on social media, because back in my day, if I wanted to say hello to an actor, I had to hand write them a letter, mail it through the postal service, and hope for a reply.

Yeah, absolutely, that's my day too, so I know what you mean. It's interesting, I'm a little bit old-school in that I do think there's a certain ... I love everyone who likes my films and wants to tweet me, I love all of them, but, in terms of interacting with people, I do expect something. I expect them to come with an interesting question or something interesting that will start a dialogue, because I think when people are doing a lot of, like, "Tweet me." "Follow me." Or "Re-tweet me." Or just, sort of, demanding things, that scares me a little bit.

I don't like this instant gratification culture of Twitter, so much. I like to really get to know fans when they come to me because, I really sense, they have something sincere to say to me beyond just a demand for me to respond to them. Those kinds of conversations I really enjoy. I actually have two fans that any time they tweet I always respond because I know that they're really sincere about what they're saying to me.

Oh, that's great. Let's go ahead and hop into ALEX OF VENICE One thing I really admire about your career is some of the tough roles that you've tackled. You've played some broken characters dealing with real issues people face every day, Alex in ALEX OF VENICE is a perfect example of one of these characters. Why are these roles important for you to play and why do you think stories like ALEX OF VENICE are important to cinema?

Man. In terms of the roles that I'm drawn to, I demand a certain complexity. Just for myself, I feel like the older I get and the further down my career I get, I just want to have roles that are exciting to me and challenging to me. I want there to be a level of complexity that, um, makes me a better actor at the end of the day. I don't want to be bored by the characters that I play. Those are all really important things for me, in finding a role.

I think, in terms of why a film like this is needed, it's really rare to get to see this full life represented, particularly for a female and particularly for my age-range and things like that. We get to see her as a mother and a wife and a sister and a daughter and a lawyer. We get to see how she behaves in all of these relationship and how she can be, sort of, different people within this one person.

I feel like that's not really reflected very often, at lease not in terms of the type of roles that I see and the scripts that I read. It's, kind of, a rarity. I know for me as an actor it's exciting but it's also exciting for me as an audience member, too, to get to see those kinds of things displayed on the screen.

Oh, yeah, absolutely. The film shines a light on a lot of important adult issues. After the credits roll, what do you hope people take away from the film?

I really hope it resonates with people in their own lives. I feel like it's one of those films where, no matter who you are, there's something for you to relate to it. In one of the characters, or hopefully in Alex, you can see yourself and you can reflect on yourself, in your own life, as a result of that. I hope that they're entertained by it, but then I hope it also makes them think about their life and ways that they relate to it, and makes them feel, maybe, less alone with whatever they're struggling with.

I think that, for me, one of the things I was most attracted to about this role and about other roles, in general, characters who are just trying to be good people and trying to figure out what it takes to be a good person and to be a whole person. I think that that's part of Alex's struggle in this film, and that's something that I really am drawn to and can relate to.

The great Don Johnson plays your dad in the film. How intimidating was it working with one of TV and cinema's greats?

It was pretty awesome, but it was a little intimidating. I think we all went and met with him and I don't think he was officially signed-on yet, to the movie, so we were all afraid of scaring him away. We were like "Everybody be nice to Don Johnson!" "Make sure he still wants to do the movie after this." We all went and hung out with him for a little bit and talked about the script with him and talked about the characters.

He was such a real actor's, actor in the way that we spoke with him. He has such a great sense of humor and is certainly a charmer and all those things you would expect him to be as well but I think the surprising thing about him is that he is such a serious actor and he really brings so much to the table, in terms of his craft. So much experience and history of works and of things that he's learned and people that he's worked with and teachers that he's worked with. To me, he was a really inspiring person, and yes, intimidating person to be around.

You've starred in so many wonderful indie films over the last few years, FAULTS, SMASHED (my review from Sundance), and ALEX OF VENICE being some of my favorites. I'm a huge champion of independent cinema because of how much heart goes, in front of and behind the camera, but there's more to independent film than just heart. What draws you to taking more risk in indie cinema versus mostly going after major studio roles?

I've learned from those experiences. I've learned how soul-crushing it can be when you've got this great job, which is to be an actor and how lucky I am to have that job, it hurts to go to work and not be enjoying what you're doing. And it doesn't make sense if you have a job that's so much fun, then why wouldn't you seek out parts and projects that bring out that side of it for you and really make you understand why it is that you wanted to do it in the first place? It's just really important for me that I keep that fear alive and I don't do things that dampen it down.

You act in a wide variety of films, sometimes they premiere at festivals and sometimes they release wide in theaters. Which is more nerve-jangling, the festival premier or opening day of a big studio movie?

That's interesting. I think, in my personal experience, I get more nervous about the smaller movies because there's so much riding on them doing well. It's kind of like the David and Goliath thing. If our little film does well it's such a big deal. If it doesn't do well it's heartbreaking for everyone involved.

I think the only reason why I'm not as invested, in terms of opening day on the big films, is because there's so many people involved in that. The money is coming from such a big corporate place that, even though I know it's a big deal, it's not as big a deal on a personal level. It still sucks if your in a big movie and it doesn't do well. It's like "Man, that's not a good feeling." But I don't think it feels as personal as the smaller films.

You've starred in, pretty much, all genres of film. What's the most challenging for you?

The most challenging, man ... I would say probably horror films, they're the most challenging because they're so taxing emotionally and physically, trying to keep yourself in a state of being scared all the time. Fear is one of the most difficult things to manufacture as an actor. It's so hard to happen to ... When were you scared for your life?

There's not a lot of us who have a memory that's really that vivid of being that terrified. It does feel like your having to figure out how to put yourself in that situation. I think horror movies get a bad rap, because I think they actually require some pretty good acting jobs to make it even a little bit real.

Yeah, I love horror movies. That's an amazing answer. Okay, I'll just do one more question and then we can wrap it up. You've been doing film for a while now and now you're breaking into having starring roles on TV. Do you find one demands more of your focus, now that you've dabbled in both?

Not really. When you sign up for a TV show, there's a bit more of an obligation, contractually, so, potentially, it could take up a lot more of my time, depending on how many seasons the show goes for and stuff like that.

So far, I've just done one season and I've also managed to do several films, in the off time. It's really worked out to be quite even and it's afforded me the ability to do both. I love that, that's the great thing about cable television is that it just takes up a few months of your time and there's so much great writing there and so much great material that it does feel like it's all the same. It's fast-paced kind of like an indie movie, so you get that indie movie feel, just on a TV set, so it feels seamless going from one to the other.

That's amazing. Awesome. Thanks so much for your time. It's lovely to finally chat with you. Continue kicking ass!

Thanks so much, it was so nice to talk to you.

Alex of Venice opens in select theaters on Friday, April 17, and will also be available to watch on various Video On Demand platforms.
Tweet Post Submit