SAN ANDREAS: New Trailer Shows The Rock Rocked, As Seen By The Rock 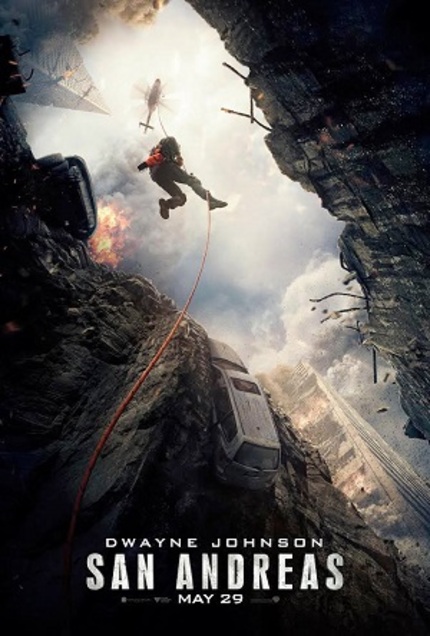 After having directed several Disney sequels like Cats & Dogs: The Revenge of Kitty Galore, director Brad Peyton cracks California in his earthquake-disaster thriller San Andreas.
And he is reunited with Dwayne "The Rock" Johnson, who he previously directed in Journey 2: The Mysterious Island.

Johnson stars as a helicopter pilot, who travels across the smashed state to try and rescue his estranged daughter. Because these films demand that you settle your family affairs amid apocalyptic action!

Jesting aside, as looming disasters go, the actual San Andreas fault acting up is both plausible and scary, and this second trailer for the film sure delivers on the destruction front. Paul Giamatti, Carla Cugino and Alexandra Daddario co-star. Check for yourself: