After working with some intense leading men (Thomas Hardy, Mads Mikkelsen, and Ryan Gosling) Nicolas Winding Refn is giving the ladies a chance to show off some ferocity in his unique brand of genre-bending art house films. The Neon Demon began shooting today on the streets of L.A., and I'm looking forward to seeing in (reportedly) 2016.

Additionally, What Culture has revealed a Bathory-inspired plot detail: that the cast of The Neon Demon play supermodels who kill and ingest the blood of beautiful women in order to stay young and gorgeous.

From the press release:

Space Rocket Nation announced today the start of production in Los Angeles on NWR's The Neon Demon: When aspiring model Jesse moves to Los Angeles, her youth and vitality are devoured by a group of beauty-obsessed women who will take any means necessary to get what she has.

Regarding the commencement of principle photography, Refn said, "I very much look forward to the odyssey I'll be taking with all these wonderful actresses (and a few guys) to travel beyond The Neon Demon where all I see is the wicked dying young."

The Neon Demon is produced by Space Rocket Nation's Lene Borglum in association with Wild Bunch and Gaumont.

Are you looking forward to Refn's official foray into horror? 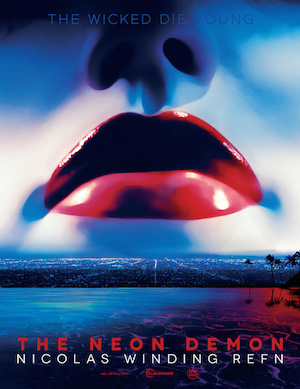 Do you feel this content is inappropriate or infringes upon your rights? Click here to report it, or see our DMCA policy.
Christina HendricksElle FanningKeanu ReevesNeon DemonNicolas Winding Refn