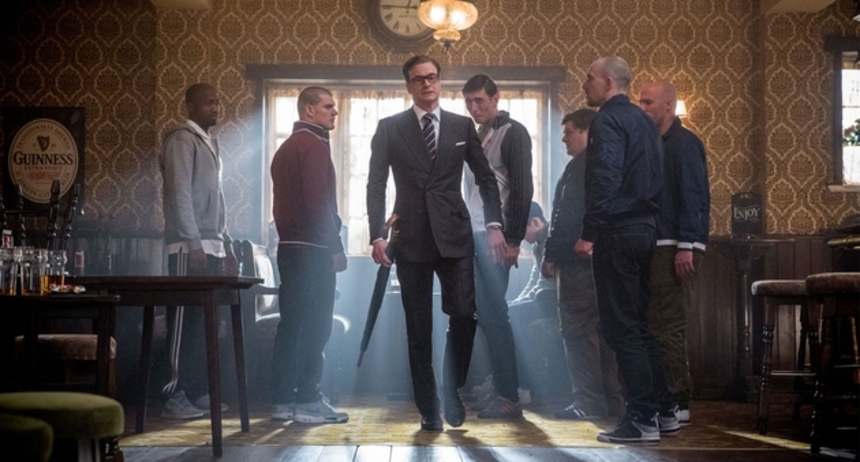 Following the busy Lunar New Year holiday, admissions fell to 1.97 million over the weekend but the main victims were local films, which saw their market share plummet to 18.5%. In a surprise turn of events, it was the United Kingdom that powered the box office with a 47.5% market share from the top two films, both holdovers.

Rising to first place in its third week was Kingsman: The Secret Service. Extremely well-received in Korea, the spy comedy was already a hit over the Lunar New Year but after a slight 33.5% drop and a 596,663 weekend ($4.6 million), it's now a bonafide blockbuster. The film has scored 3.37 million viewers ($25.3 million) and is now the most successful foreign R-rated film of all time in the country. The previous record holder was 300 (2007) with 2.93 million. The film should also cross Detective K 2 to become this year's surprise Lunar New Year hit, the first time a non-Korean film has has earned that distinction since China's Red Cliff 2 in 2009.

Also from the UK, The Imitation Game moved up to second following a slight 23.7% drop in its second outing with 311,712 viewers ($2.26 million). The Alan Turing drama, which picked up the Academy Award for Best Adapted Screenplay last Sunday, has now accumulated 1.24 million admissions ($8.85 million).

Meanwhile, following two big weeks atop the chart, local period action-comedy Detective K: Secret of the Lost Island nose-dived 78.2% for another 267,486 spectators ($1.9 million). With 3.68 million viewers ($26.34 million) in total so far, it is still marginally ahead of its predecessor but looks set to fall well short of its 4.79 million cume.

Steamy book adaptation Fifty Shades of Grey could only muster 161,069 viewers ($1.24 million) in its first frame, despite being fairly visible in the news of late. Rounding out the top five was mid-level US sci-fi Project Almanac with 139,203 admissions ($981,462) in its debut.

Next week will see the local period film Empire of Lust and murder thriller The Deal shuffle into theaters, with the former most likely to take the top spot. Not too far behind however is Birdman, which recently picked up four Oscars, including those for Best Film and Director.

Do you feel this content is inappropriate or infringes upon your rights? Click here to report it, or see our DMCA policy.
Box officebritish invasiondetective k: secret of the lost islandkingsmankoreakorean filmode to my fatherthe imitation game국제시장조선명탐정