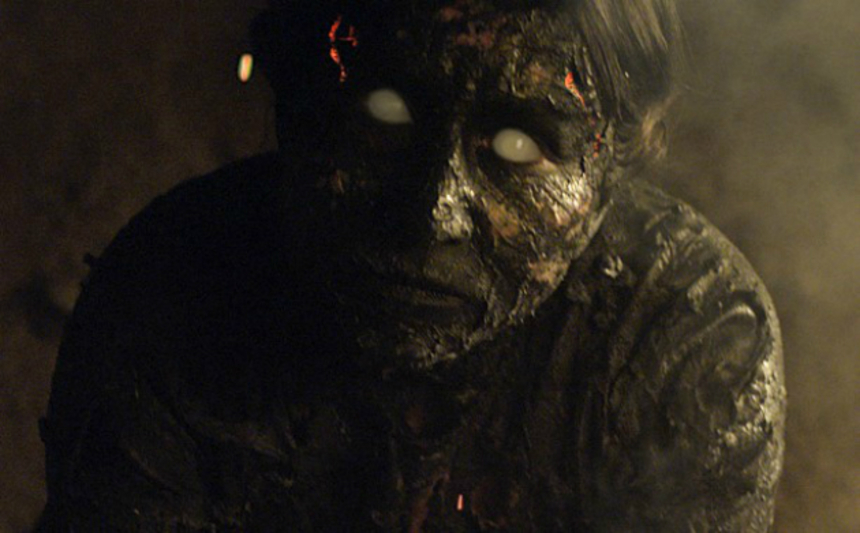 I've lived in apartments for most of my adult life, but I grew up in a house, so I appreciate the allure of owning your own home. But why oh why would you stay in a house with a troubled, nay horrifying history? Have you never seen a horror movie?

We Are Still Here will, presumably, address those questions, as suggested in a new teaser. The film, set to have its world premiere at SXSW in Austin, Texas next month, is described thusly by the festival:

In the cold, winter fields of New England, there sits a house that wakes up every 30 years and demands a sacrifice.

The cast includes the great Barbara Crampton (Re-Animator, You're Next), and also Andrew Sensenig (Upstream Color), Lisa Marie (Ed Wood, Mars Attacks!), and Larry Fessenden (I Sell the Dead), Industry veteran Ted Geoghegan makes his directorial debut. And the producers include Travis Stevens, who has made a lot of very good indie movies.

Combined with the teaser, that's more than enough to make me want to watch the movie. And after watching the video, I am grateful that I live in a tiny apartment, where no paranormal activity has ever been reported (yet).

You can watch the teaser below, and then hug your loved ones, even if they're just stuffed animals,

Do you feel this content is inappropriate or infringes upon your rights? Click here to report it, or see our DMCA policy.
Andrew SensenigBarbara CramptonLarry FessendenLisa MarieTed GeogheganTravis Stevens