Berlinale 2015 Review: MAR Fails To Capitalize On Its Great Actors And Their Improvisational Skills 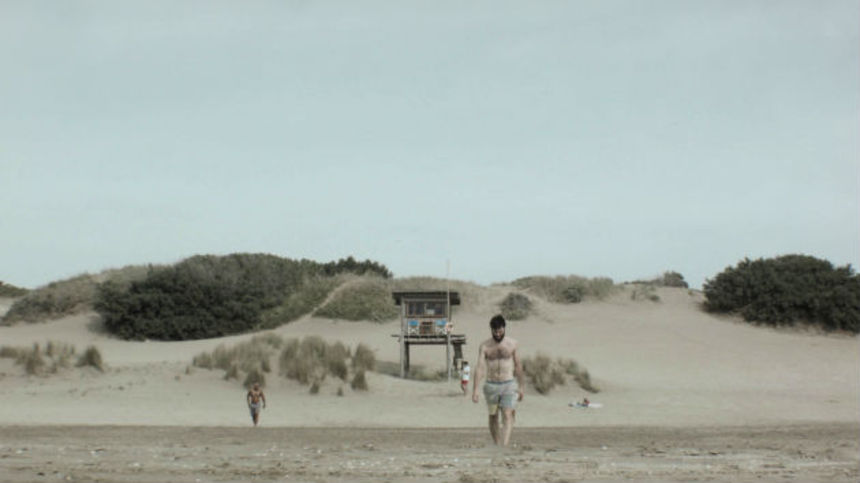 Chilean cinema, more than in any other year in the history of the Berlin Film Festival, is present and with the greatest odds to win one or two awards once the fest comes to an end.

There are new films by established masters like Patricio Guzmán (The Battle of Chile) and the festival favorite Pablo Larraín (No, Post Mortem, Tony Manero). But besides those two big events, there's the return of a lauded new filmmaker, Dominga Sotomayor, who after From Thursday Till Sunday has now returned with her second feature, Mar, which could be translated from Spanish as "Sea" but is actually the name of the protagonist, who is named Martin, but nicknamed "Mar."

As inane as the fact about what the movie is named after is the entire experience of watching this film. It's not a bad film, but it's a film that mostly goes in circles and then it realizes it has to get somewhere. When it tries to do so, it reveals its own failings, its lack of script, preparation and gravitas towards the conclusion that was chosen for the story of Martin and his girlfriend. They decide to take a trip to the seaside of Argentina, seemingly in the middle of a crisis, and then she threatens and tries to go back to their house many times after a couple of days of sun and beach.

The apparition of Martin's mother establishes a standard that the rest of the film fails to reach. The character may be the best thing in the movie, played by a great actress performing a role that is mostly improvised, where her actions become more telling about her own psyche than in any other character. She seems to be the only one willing to gesticulate, to act, to show that she has a background, something that she constructed beyond the 60-odd minutes that this movie lasts. There are a couple of strong scenes with her and Martin, that say a lot about them, but they come too late for us to start caring about the needs and longings of any character.

The visual style is precise, giving it the distance it needs. It's a cold film that wants to distance us as much as it can from the characters. As in her first feature-length film and many of her shorts, Sotomayor forces the perspective of the camera in strange places, and at times inadequately, but it never feels like she isn't in control of what she's willing to show. Here she seems to want to get closer to her characters, and the direction, in those terms, is impeccable. The problem is that is feels as those spaces aren't exactly the most important or impressive.

Recently I've been advocating for a slower cinema, and I love the experiments and greatness of filmmakers like Bela Tarr and Lav Diaz, but here the slowness doesn't come as a need but as a lack of something else happening. This isn't life, this is lack of a script to serve as a guide through the sequences. This movie was mostly improvised, as in one moment a thunder strikes the beach in which they are staying close by, killing four people, and that piece of news is used to tell us something, to show us how they care about... something. I guess? It's never explored beyond that! It's frustrating.

With her feature debut, Dominga Sotomayor showed that she was one of the strongest and most powerful new voices coming out of Chilean cinema. Her precise style of directing is maintained here, but the choices she made in terms of what movie she wanted to do, were a bit wrong, according to me. I hope that she returns to the careful and thoughtful construction of her earlier works, and decides to just throw away these filmed vacations, because in the end, that's what it feels like: she decided to bring a camera with her on a trip to Argentina.