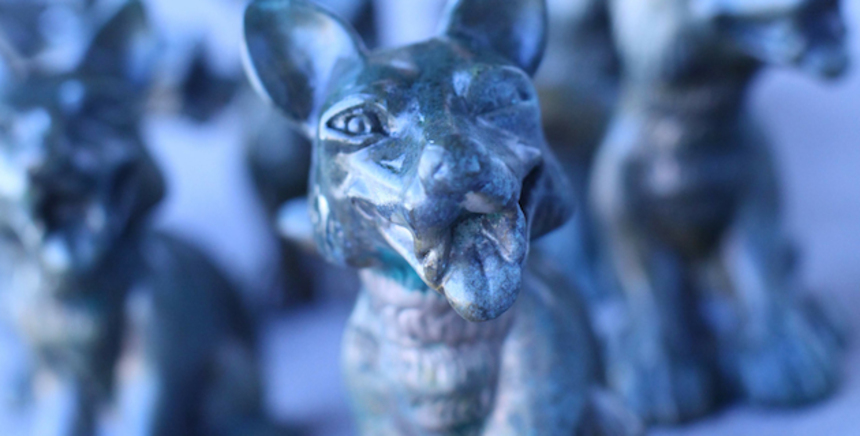 Last night at Treasure Mountain Inn in Park City, the 21st edition of the Slamdance Film Festival came to a close with a packed house gathering for the awards ceremony.

This festivals diverse slate of films yielded a palpable excitement in the room as festival founders and staff took the audience through each award with a lively and playful step. Nearly all big winners this year were women directors, which marks just how strong the female perspective is behind the camera in the indie world.

First up, the inaugural Tangerine Entertainment Juice Fund award for best female directing went to Gabrielle Demeestere for her poignant and well observed feature debut Yosemite. The Grand Jury Prize Winner for Narrative Film went to Britni West and her enchanting first film Tired Moonlight. A world premiere at Slamdance, West is off to the good start in 2015 with the film appearing as the only American selection in competition at Rotterdam, while it has also been included in The Film Society Of Lincoln Center's New Directors/New Films program for early Spring.

Honorable Mentions in Narrative went to Perry Blackshear's excellent DIY terror They Look Like People and Nisan Dağ & Esra Saydam's intimate character study Across The Sea. The fest's top doc prize went to Sweet Mickey For President. A full list of winners of all of last night's winners can be found below:

Jury Award for Narrative Feature: TIRED MOONLIGHT, dir. by Britni West
"A masterful fusion of cinematic vision and poetic narrative, Tired Moonlight effortlessly transports you from the prosaic surroundings of its poignant characters' lives into a realm of unexpected beauty and spiritual authenticity with an unforced craftsmanship."
The award winner was granted $3,500 in legal services from Pierce Law Group.

Jury Honorable Mention for Narrative Feature: THEY LOOK LIKE PEOPLE, dir. by Perry Blackshear
"With rare filmmaking skill, brains, precision and outstanding performances, Perry Blackshear and his cast and crew silence critics who claim very small and contained films like this can't be riveting and brilliant.

Jury Honorable Mention for Narrative Feature: ACROSS THE SEA, dir. by Nisan Dağ & Esra Saydam
"Through transcendent cinematography trained on the mystical Mediterranean setting and wonderful minute of uncertain love, directors Nisan Dağ and Esra Saydam provide a beautiful, intense and honest look at a relationship in peril."

Jury Award for Documentary Feature: SWEET MICKY FOR PRESIDENT, dir. by Ben Patterson
"Sweet Micky For President takes the audience on an unbelievable, wild ride through difficult Haitian politics, in a story that is both entertaining and educational. The film is an enormous accomplishment for first-time director Ben Patterson and is a great example of why Slamdance exists - to celebrate new works by new directors whose films can help change our perspective on the world - one story at a time."
The award winner was granted $3,500 in legal services from Pierce Law Group.

Jury Honorable Mention for Documentary Feature: 20 YEARS OF MADNESS, dir. by Jeremy Royce
"Reminding us that it's never too late to chase your dreams, 20 Years of Madness is brimming with stunning cinematography, eccentric characters and a heartfelt story about the desire to do something great while confronting the reality of failure."

Jury Award for Documentary Short: THE SOLITUDE OF MEMORY, dir. by Juan Pablo González
"Juan Pablo González paints a vivid and eloquent portrait of a devoted father and the love for his son, drawing deep emotions from the viewer through his use of gorgeous cinematography, moving music and an incredibly honest, trusting main subject."
The award winner qualifies for the Annual Academy Awards®.

The below Short Film Jury Prizes were selected by the esteemed panel of industry members Sarah Cornell, Rory Haines and Elle Schneider.

Jury Award for Narrative Short: STAY AWAKE, dir. by Jamie Sisley
"Stay Awake exhibits a remarkable empathy for characters who find themselves trapped in an unenviable moral dilemma. The cast's stand-out performances convey a depth of emotion few short films are able to achieve."
The award winner qualifies for the Annual Academy Awards®.

Jury Honorable Mention for Narrative Short: 09:55 - 11:05, INGRID EKMAN, BERGSGATAN 4B, dir. by Christine Berglund & Sophie Vukovic
"A complex, captivating and thoughtful slice of humanity. Delicately shot, with beautiful performances from both women, the film sears itself into your emotional core and remains there for days."

Jury Award for Animation Short: THE PRIDE OF STRATHMOOR, dir. by Einar Baldvin
"The Pride of Strathmoor is akin to a short, unpleasant trip to the insane asylum. The Poe-esque rendering of madness is perfectly complemented by the inventively textured animation."
The award winner qualifies for the Annual Academy Awards®.

Jury Award for Experimental Short: RED LUCK dir. by Mike Olenick
"If anything represents the experimental spirit of Slamdance, it's this tin-foiled caper - an original and striking film full of layered and unexpected images. The film manages to offer a million different narrative paths - from dark and funny to weird and sparkly. A perfect example of a singular experimental work that is easy to watch again and again."

Jury Award for Anarchy Short: DEVIANCE, dir. by Aron Kantor
"Deviance is the kind of raunchy nonsense that Slamdance embraces. A perverse pleasure diving in and out of reality that left us half-boned and just slightly numb from laughing. If anarchy at Slamdance is an anti-genre, then Deviance is the battle cry of 'fuck the system."

Digital Bolex Fearless Filmmaking Grand Prize: COMING TO, dir. by Lindsey Haun, DP Spencer Rollins, starring Jacob Demonte-Finn
"A film that includes a little bit of everything in a very short time. Mystery, laughs, an impressive performance, and some mighty fine camerawork and cinematography. And like any great short film, it has you desperately wanting to know what happens next."
The award winner was granted a 512gb Digital Bolex D16 Camera.

Digital Bolex Fearless Filmmaking Honorable Mention: THE CHARACTER STUDY, dir.& DP Luke Pelizzari
"Creating tension in any film is hard, but to do it so effectively and gracefully with a very simple premise is truly an achievement of storytelling."

Digital Bolex Fearless Filmmaking Honorable Mention: ISOBEL, dir. by Marie Jamora, DP Jason McLagan
"Perfectly capturing the theme of filmmaking on your own terms, this short highlights the magic and wonder of childhood when anything is creatively possible."

Kodak Director's Prize: DETRITUS, dir. by T.J. Misny
Given on behalf of Kodak to a promising new filmmaker making bold, film-worthy directorial choices. The filmmaker was awarded a $10,000 credit for Kodak film stock to be used on their next project.