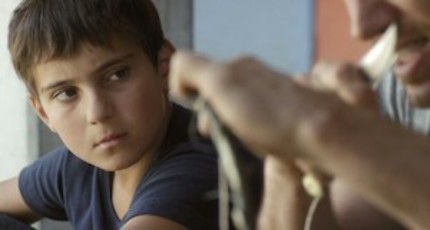 The first edition of the San Cristóbal De Las Casas festival has reached its end. It was a nice way to begin the year and a second edition seems to be a given, as pretty much each and every screening I attended was packed. The official press release indicates there were 13,000 people attending the festival during eight days.

On Friday, January 24, the fest screened as closing film Samba, the latest from The Intouchables' Olivier Nakache and Eric Toledano, and announced the award winners. Check them out below:

Winner: I Am the People (dir. Anna Roussillon, France/Egypt)

Special Mention: All of Me (dir. Arturo González Villaseñor, Mexico)

Do you feel this content is inappropriate or infringes upon your rights? Click here to report it, or see our DMCA policy.
All of MeChiapasI Am the peopleLlevate Mis AmoresMacondoSan Cristobal de Las CasasSto Spiti

More about All of Me (Llevate Mis Amores)