Trailer Alert! Tsui Hark's THE TAKING OF TIGER MOUNTAIN Opening In US On January 2 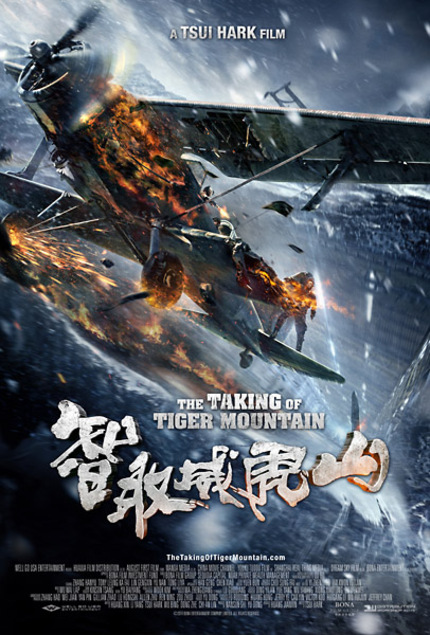 The Taking of Tiger Mountain, the latest film from the iconic Tsui Hark, has found distribution in the USA through Well Go USA. The deal, brokered within the last few days, puts the film on US screens in record time with a US premiere on January 2, and Canadian screens on January 9, following a Christmas opening in China.

Here's the synopsis from Well Go:

Tsui Hark's thrilling adaptation of Qu Bo's beloved adventure novel stars Tony LEUNG Ka-fai as a ruthless bandit, ruling the lands of Northeast China from his fortress on Tiger Mountain. A captain of the Liberation Army (LIN Gengxin) launches a counter-insurgency against the dictator with a skilled investigator (ZHANG Hanyu) sent to destroy the gang from the inside.

I love Tsui Hark most of the time, and Tony Leung Ka Fai is also a draw, but the CG in this trailer is a bit worrying. Tsui has become dependent on the stuff over his career, and as the technology improves, so, it seems, does his faith in its ability to replace real, practical action.

Here's hoping that the story, which looks pretty thrilling based on all of the available footage from both this trailer and the foreign ones, is able to make me forget about some of the less appealing computer generated moments here.