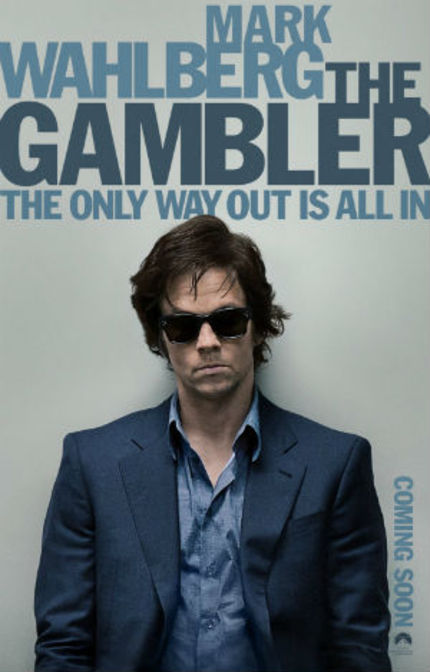 Mark Wahlberg cries in the very first moment of The Gambler, immediately distinguishing his character from the one played by James Caan in the 1974 original. (His name is different too. )

Jim Bennett says goodbye to his dying grandfather (George Kennedy) and rushes directly to a luxurious Los Angeles establishment run by Korean gangsters, where he promptly gambles far more money than he can afford to lose, and walks out deeply in debt. He has seven days to come up with a quarter of a million dollars, and he's not exactly a good risk for a loan.

To a casual observer, Jim would appear to be completely enslaved to his addiction. Born into wealth, he is an associate professor of literature at a university where he makes six figures, lives in a enviable hillside home, wears fine clothing, and drives a luxury sports car.

But none of that matters; he's not gambling to make money, he's gambling because he loves to gamble. He has a frosty relationship with his mother (Jessica Lange) and has no friends, much less a wife or girlfriend (or ex-girlfriend or ex-wife). He published one novel that didn't sell and thus gave up on writing; as a professor, he harangues his students instead of attempting to instruct them. He's rude to everyone he encounters.

In short, Jim is an asshole.

Now, here is where I point out how the remake differs fundamentally from the original: it springs from screenwriter William Monahan's belief that "everything is voluntary," a comment that I didn't read until I saw the movie, but which makes twisted sense in hindsight. Thus, in Monahan's worldview, Jim is not addicted to gambling. No, he is a man of privilege who wants to escape the perils of materialism, and chooses gambling as a means of doing so; he will keep gambling until he loses everything, and then he will become a new, "better" man.

In other words, he's even more of an asshole.

If Jim were an addict, it is within the realm of possibility that his actions would be more forgivable, or at least understandable, addiction being a very powerful force that tends to separate individuals from good judgment, kindness, and unselfishness. Instead, though, Jim is an unbearably selfish, arrogant, 40-something adult man who has no qualms about toying with one of his young female students (Brie Larson) or dragging other students into his criminal behavior. 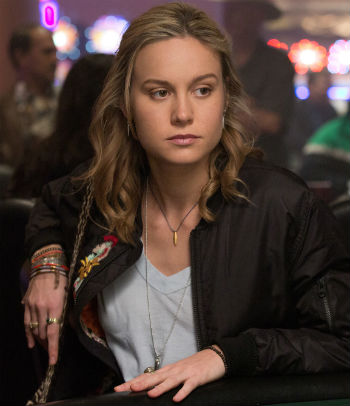 This, then, becomes the dream of an over-privileged person who imagines that he can act as badly as he wishes with no thoughts about the consequences of his behavior. All that matters to him is himself, and he fantasizes that he is becoming a "better" person because he is giving up his huge hillside house and his incredibly expensive sports car and all the other trappings of his empty, materialistic lifestyle.

In what world does Jim live in? Hollywood, the Hollywood of the extravagantly, obscenely wealthy who occasionally feel guilty because they live in extreme comfort and luxury, far beyond their actual worth as human beings. It's a distasteful, ugly world, evidently, one they would gladly leave behind, if only they could, whimper, whimper.

The more I think about the new version of The Gambler, the less I like its message and implications. Does Jim equate material possessions with emotional or spiritual qualities? What about making an effort to treat other people in a more equitable manner? Or, heaven forfend, c-h-a-r-i-t-y, or even developing a generous spirit, whether through financial gifts or helping others in practical ways?

Bleh! Just as a movie, director Rupert Wyatt gives it a high-sheen gloss, and the supporting performances by a cast of familiars --including John Goodman and Michael Kenneth Williams -- tart things up. Wahlberg struggles mightily to add nuances to an unlikable character who lacks charm and never generates sympathy or even pity.

It all leads to a head-shaking finale that left me out of breath because I was trying not to laugh out loud at the screening I attended. To be plain, The Gambler rolls the dice and loses, walking out with nothing to show for the effort.

The film opens in wide release in theaters across the U.S. and Canada on Thursday, December 25.

Do you feel this content is inappropriate or infringes upon your rights? Click here to report it, or see our DMCA policy.
Brie LarsonJohn GoodmanMark WahlbergMichael Kenneth WilliamsRupert WyattWilliam Monahan

More about The Gambler