VIOLATOR: Watch The Trailer For Cinema One Winning Horror Film 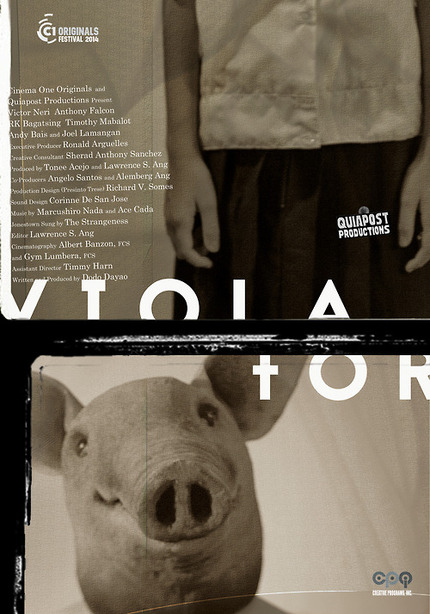 The ecosystem of Filipino film festivals can be a confusing one to outside eyes. For unlike pretty much everywhere else in the world - where festivals may commission the occasional work but overwhelmingly show films independently produced outside of the festival itself - film festivals in the Philippines are the principal driver of the local independent film scene with each of the major festivals directly funding each of the films that screens within their events. There are a handful of these events there every year but what you need to know - in the broadest possible terms - about the big three is this: Cinemalaya is most prone to skew arthouse, Metro Manila caters to the mainstream, and Cinema One favors the edgy and quirky material. And with the 2014 edition of Cinema One wrapping up right now it's time to take a look at the recently announced Best Picture winning Violator.

The debut feature from film blogger Dodo Dayo, Violator is set in a Manila police station in the midst of a massive typhoon when a young prisoner is brought in who may or may not be the devil. Dayo himself describes the picture as a "mumblecore punk B movie cop horror. Something like that," but whatever you call it it was enough to win the favor of a jury headed by On The Job director Erik Matti. Check out the trailer below.