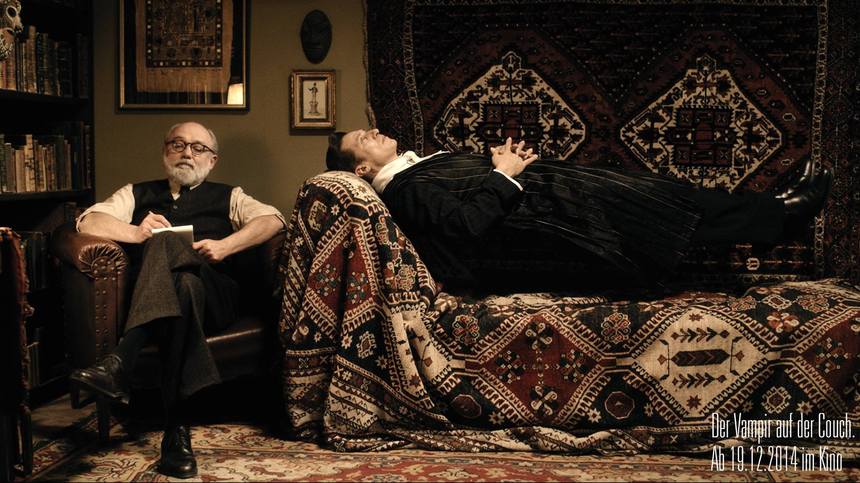 Austrian film, it should be noted, is not particularly known for having a sense of humor. And so you will be forgiven if you cringe a little inside at the idea of an Austrian romantic comedy about a depressed vampire being treated by Sigmund Freud in the 1930s. And yet that's exactly what we have with David Ruehm's The Vampire On The Couch (Der Vampir Auf Der Couch). And what's even more surprising than that the film exists is that it actually looks quite well done, if the trailer is to be believed. Production values are excellent, performances are actually quite restrained for this sort of thing, and it looks to be quite a lot of fun. Take a look at the trailer below.

Do you feel this content is inappropriate or infringes upon your rights? Click here to report it, or see our DMCA policy.
comedydavid ruehmhorrorsigmund freudtrailervampirevampire on the couch