Review: FROM INSIDE Rides A Depressing Train Of Thought 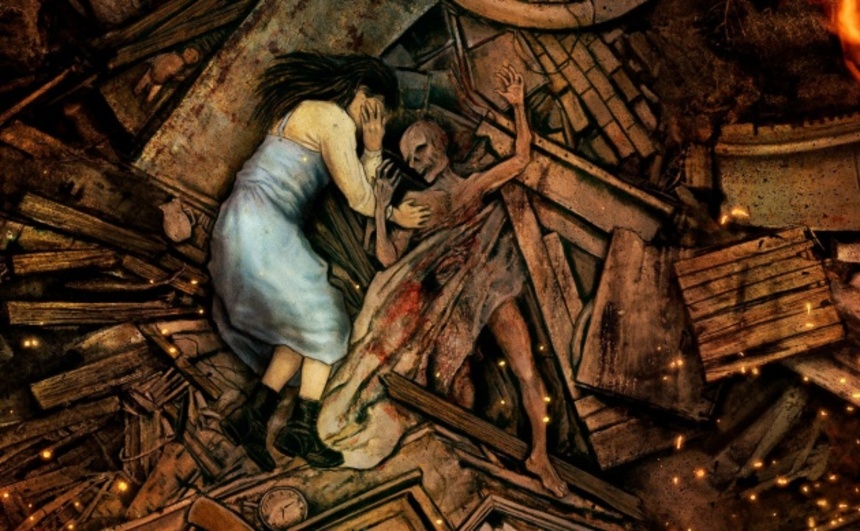 (For those who thought Snowpiercer wasn't somber enough...)

Cee, a young pregnant woman, sits on a giant train which drives through a post-apocalyptic landscape. Nobody knows if the train's destination still exists, or even if there are tracks beyond the horizon, but everybody wants to get away from the blasted and radioactive city it left behind. As her pregnancy evolves, Cee wonders if the baby will be normal, or what future there will be for her anyway...

This is the bleak start of John Bergin's animated feature From Inside, and, like the book it's based on, it doesn't exactly lighten up from there.

That book was a graphic novel, written and drawn by Bergin himself, which was released in 1991 and won several awards. At the time, the comic book industry was in a boom, with new labels popping up all over the place, and collectors were speculating with titles new and old as if they were on a stock market. There was also an increased interest in titles aimed at a more mature and "artsy" audience, a niche well-exploited by DC's Vertigo label with titles like Neil Gaiman's Sandman.

This trend encouraged writers to explore adult and dark places, and John Bergin's graphic novel From Inside was just about as dark as you could get: bleak depression dripped off its black-bordered pages. James O'Barr (a friend of Bergin) had written The Crow in part because he thought it would help him deal with the death of a loved one. Having read both The Crow and From Inside, I hope John Bergin's book doesn't have a similar tragedy behind it. 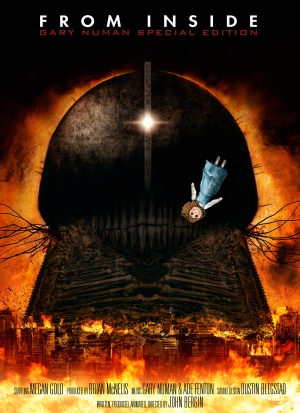 I read the novel twenty years ago on a dare ("...see if you can take THIS!", my friends told me), and my reasons for watching the film were not much different. For how close would John Bergin dare to stick to the vision in his book? Filmmaking is a very expensive artform. In today's movie climate, can you release an animated film for adults which goes as far as that book did?

Well, for better or worse, the answer is yes.

John Bergin has meticulously recreated the images from his graphic novel, some as animated sequences, some as frozen three-dimensional stills. Bergin's artwork takes inspiration from both the pastoral realistic paintings of Andrew Wyeth, and the nightmarish fantasy art of H. R. Giger. Many of his illustrations are striking and beautiful, even if the events portrayed in them are hellish.

Seeing these in the film version provides a different experience from the book. Gone is your freedom to look at these images as timed in your own preference. Added is a sense of urgency, depth, and a great soundtrack by eighties pop-icon Gary Numan.

Yes, THAT Gary Numan has written his first movie score, and the good news is it's often a great one. From Inside was originally released in 2008 with a different soundtrack, and had a successful festival tour as such, even winning the award for Best Animated Film in Sitges. I haven't seen that version, but this new re-release sure sounds great. In one sequence in the film, the train stops temporarily, and the travelers disembark in a town flooded with an eerie red liquid. It is a truly haunting and beautiful scene, and greatly enhanced by Numan's music.

As for the film as a whole: this is a very ambitious one-man animation effort, and it shows. Lots of still moments, lots of minimal animation while panning across an illustration. It doesn't hurt the narrative, but in spots it does show its budget. At the same time it shows an un-compromised vision of an artist who knows what he wants to tell.

With its "survivors on a train in a doomed landscape" scenario, easy comparisons with Bong Joon-ho's Snowpiercer are only to be expected. But within this subsubsubsub-genre it's hard to think of two films that could possibly be more different from each other. From Inside is its own beast, with its own story of hope and hopelessness.

Me, I do not love the film version of From Inside, same as I didn't love the book. I respect it a lot though.


(From Inside has been re-released in October with its new soundtrack, and can be purchased on DVD.) 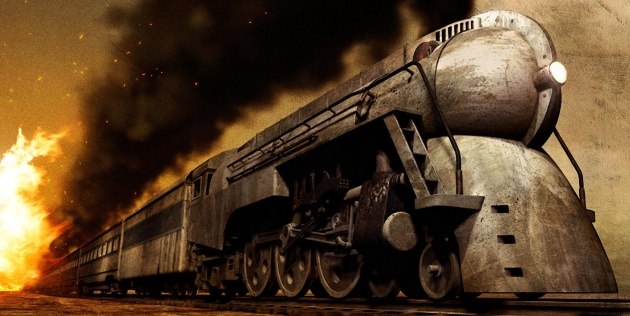 Do you feel this content is inappropriate or infringes upon your rights? Click here to report it, or see our DMCA policy.
animationGary Numangraphic novelJohn Berginpost-apocalypticTrain

More about From Inside