Todd Brown
Founder and Editor; Toronto, Canada (@AnarchistTodd)
Tweet Post Submit
It was back in May of 2013 that we first wrote about Toronto based indie director Allan Ungar. He was wrapping up Tapped at the time, a gritty fight drama starring former karate world champ Cody Hackman opposite Michael Biehn in the story of a young man fighting to avenge his family. Well, Ungar and Hackman are back together with the upcoming Gridlocked, this one also starring Dominic Purcell and Danny Glover. Plot details thus far are sparse - the official synopsis says only "An ex-NYPD swat leader and his trainee organize a commando team to fight of an attack by a band of ex-soldiers." - but with AFM right around the corner we've got the first artwork below. 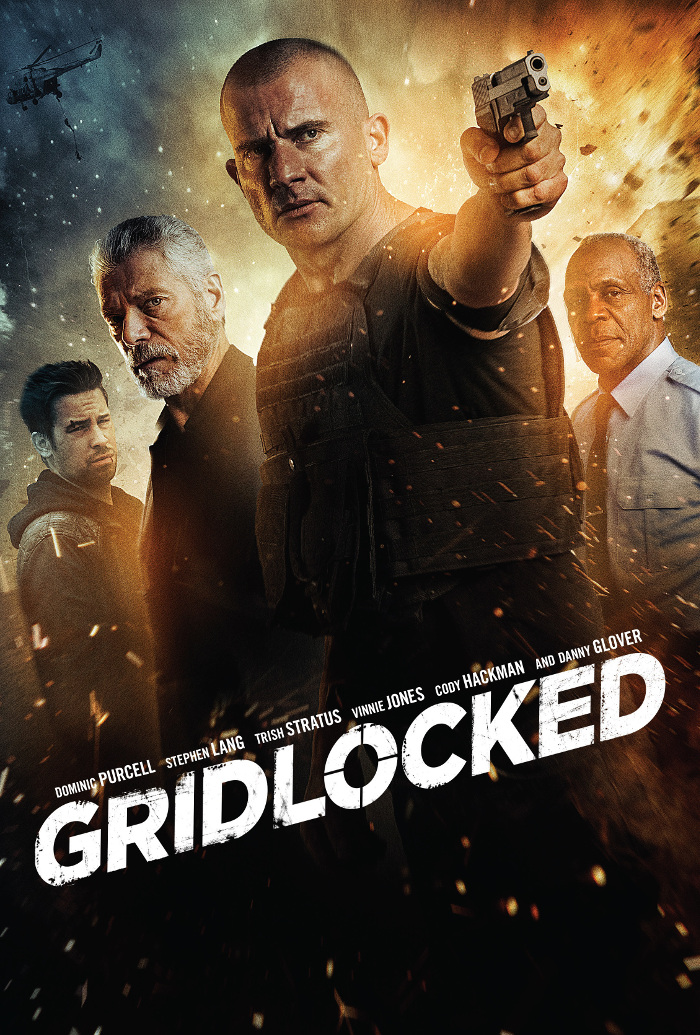 Do you feel this content is inappropriate or infringes upon your rights? Click here to report it, or see our DMCA policy.
allan ungarcody hackmandanny gloverdominic purcellgridlockedtapped