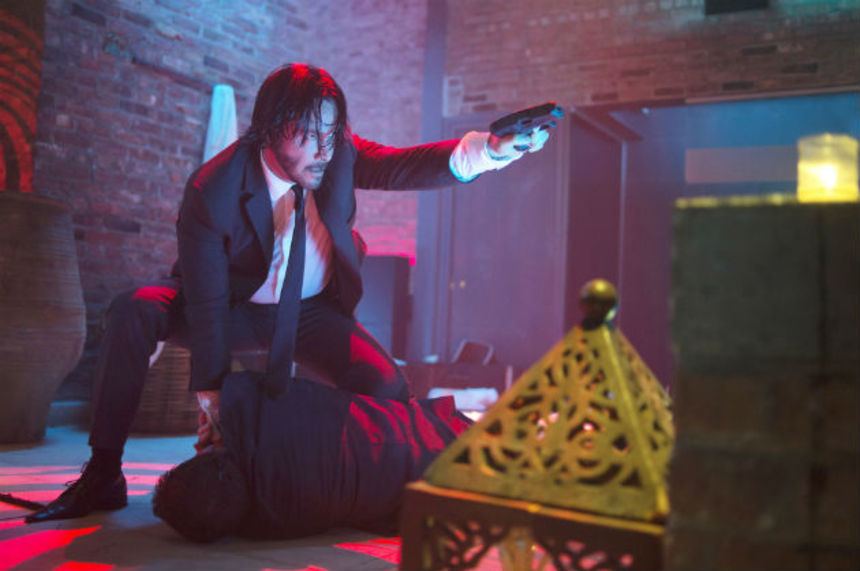 When you're an elite assassin, you don't need to clean up the bloody scenes of carnage you create.

Thus, hit man John Wick (Keanu Reeves), retired for four years, can draw upon his ample financial resources to hire an ultra-discreet crime scene cleanup crew to dispose of the bloody bodies that have suddenly littered his home. If that same crew were to follow him around throughout the following days, however, they would quickly run out of body bags.

John Wick, both the movie and the man, is a lethal, emotionless, quite proficient killing machine with nearly any type of weapon available: guns and knives, of course, as well as every sort of firearm known to man, not to mention bombs and the good old reliable hands and feet, which are especially useful since they (usually) remain attached to the body. The spirit of the movie is extremely pragmatic; this is a world of ultra-violence in which every citizen understands the rules of the game.

Everyone, that is, except Josef (Alfie Allen, Game of Thrones), the son of mob boss Tarasov (Michael Nyqvist), who has a chance encounter with Wick and his badass classic sports car. Josef, spoiled and annoying, wants the car, doesn't know Wick, and doesn't appreciate Wick's response to his offer. He takes his crew with him to visit punitive revenge upon Wick, which prompts the elite trained killer to unleash a terrible fury that has been lurking within.

Why is Wick so angry? The opening scenes of the movie fill in the blanks. The degree of motivation for his later actions can easily be called into question -- and it is! -- but what really counts in a movie such as John Wick is the action. Is it brisk and varied? Does it carry a hint of believability? Does it occasionally surprise or startle? Is the dialogue kept to a minimum?

Directed by Chad Stahelski and David Leitch, the action is fluid and the pacing is tight. The behavior of John Wick as a personality feels, essentially, right; he is without remorse, without pity, and without hesitation. He moves forward relentlessly toward the completion of his goal. He is not a quipsters nor a jokester; he is a killer and he is damn good at what he does. 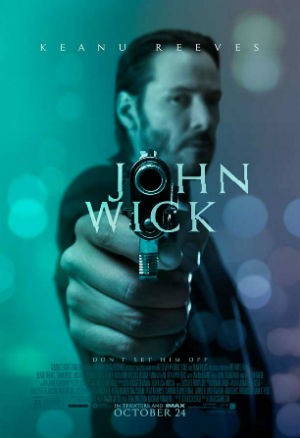 Yet the movie never forgets that it's a movie, so the scenes with dialogue are always on-point, in service of the action, and it feels like everyone is always leaning forward, toward the inevitable climax. True, this is lowbrow entertainment, but there is great (apparent) sincerity in the filmmakers' desire to splatter as much blood and break as many bones and smash as many cars and heedlessly kill as many people as possible.

The violence is rarely explicit or dwelt upon; again, this is movie violence, in which we know that all the dead and mutilated bodies stand up when the director(s) says "Cut!" On the flip side, John Wick, especially, experiences far more bodily trauma than any human could ever endure in what we laughingly call "real life," but it's all part of the game.

Even bolstered by a strong supporting cast that includes Lance Reddick, Ian McShane, Dean Winters, David Patrick Kelly, Adrianne Palicki, and Willem Dafoe, John Wick is not exactly a deathless classic of modern cinema. It's made, purely and simply, for the action-movie crowd, the type of people -- like me! -- who want to sit back and relax while everyone on screen is beaten or smashed or shot to a bloody pulp. And it accomplishes all that with a bit of style and a dash of cheek, which makes the movie go down easy, like a shot of cheap whiskey that rolls around in the mouth before burning its way, pleasantly, down.

Review originally published during Fantastic Fest in September 2014. The movie opens wide in theaters across the U.S. and Canada on Friday, October 24.