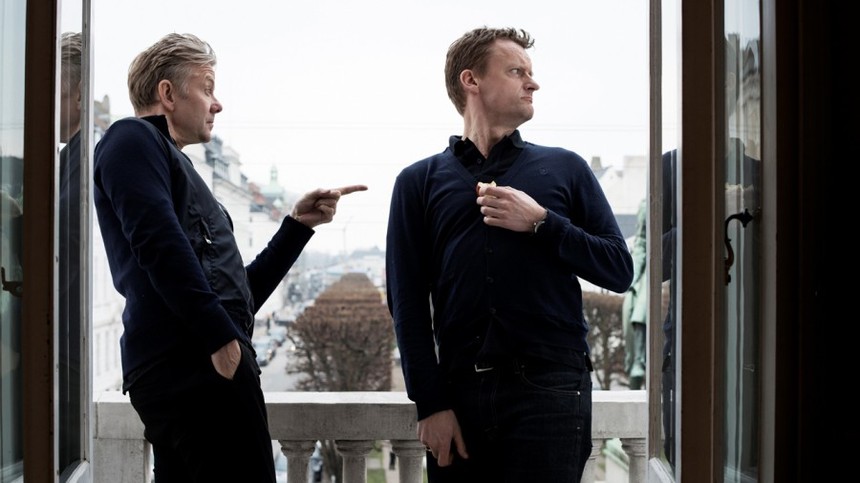 Hide your women and children because the world's leading paragons of male misbehavior are headed back to the big screen! Yes, Casper Christensen and Frank Hvam are back together and production has commenced on Danish comedy Klovn Forever.

Those who have already seen the original Klovn - distributed in the US by Drafthouse Films as Klown - know why this is cause for celebration. But for those who don't ... oh, you've got some catching up to do and you're going to love doing it. Klovn began life as a long running and immensely popular Danish TV comedy with Christensen and Hvam - both popular comedians and TV personalities - playing somewhat exaggerated versions of themselves and living out every negative male impulse on screen to hysterical effect. After six successful seasons the TV series made the jump to the big screen where it broke a stack of local box office records and played to enormous response at Fantasia and Fantastic Fest, amongst others. And nw, four years later, they're coming back.

Director Mikkel Norgaard is back at the helm and what you see up above is the first image from the film. Plot is being kept under wraps so far but they promise the old crew is back along with some new faces and expect to premiere around September of 2015. Yes, please.

Do you feel this content is inappropriate or infringes upon your rights? Click here to report it, or see our DMCA policy.
casper christensenfrank hvamklovnklovn 2klovn foreverklownklown 2