Fantastic Fest 2014: ScreenAnarchy's 12 Most Anticipated Films From Our 12 On-Hand Contributors

Hallelujah! It is Fantastic Fest time once again! The fest kicks off tomorrow, and what's more, Austin's ridiculously fun genre festival is back at its spiritual home of the Drafthouse South Lamar. You might say we are a little excited.

Twitch will be representing en force with 12 (count 'em, 12) contributors on hand to celebrate. We'll have plenty of reviews and coverage of all the great events throughout the week. To start things off, we've asked everyone to choose just one movie they are extremely excited about at the fest.

So here they are, ScreenAnarchy's 12 most anticipated films of Fantastic Fest 2014. Tell us what you're most excited to see, and be sure to say hi if you're hanging out in Austin. 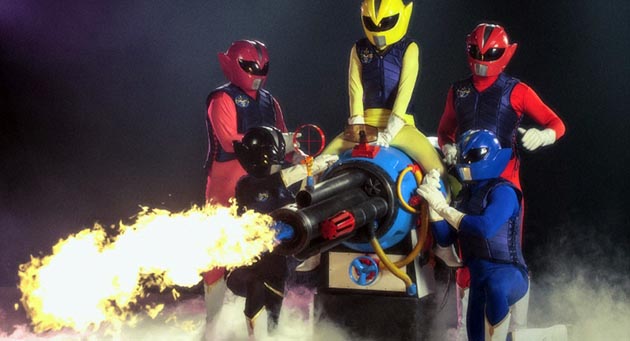 Is it fair to call Dario Russo and David Ashby's Danger 5 a phenomenon? I have no idea, really, because I have no clue how many people actually watched the damn thing but it was a phenomenon in my brain, at least, a gleeful mash up of styles and influences all in service of goofy adventure. And killing Hitler. And it's coming back with the world premiere of the first block of episodes from Series Two. And they're preceded by the new A Town Called Panic holiday short film. Hell yes. 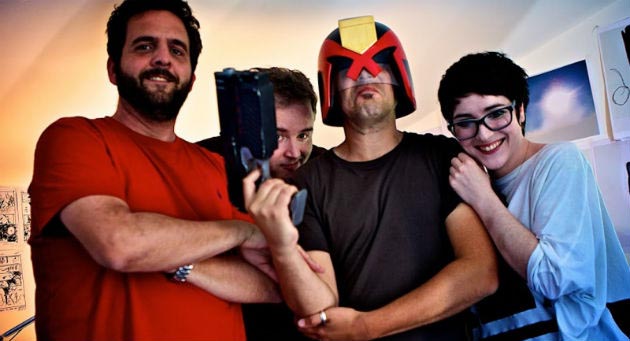 As much as I love Fantastic Fest for the opportunity to discover great new genre films, as well as the chance to catch up with all the titles other writers for the site have been touting during the past year, my heart belongs to the repertory screenings, the forgotten flicks that deserve a fresh look, presented by extremely knowledgeable and passionate curators.

Closely related to that are the new movies that take a look back with both fondness and a critical eye, which is why I'm highly anticipating Future Shock! The Story of 2000 A.D.. I know that the British comic book proved to be highly influential, but I'm eager to learn more specifics about the editors, writers and artists, not to mention how it lasted so long and made such a deep mark on pop culture. Plus: it looks like a lot of fun! 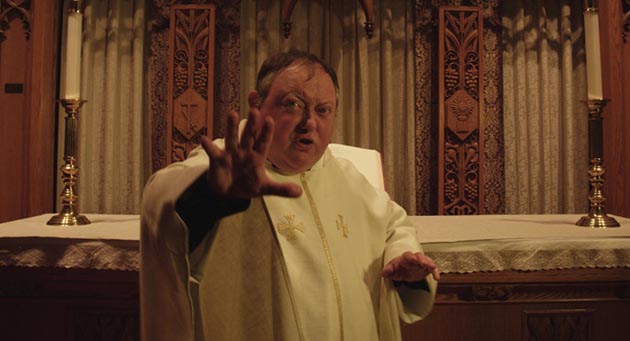 Fantastic Fest vets (Manborg 2011, Bio-cop 2013) and Fan favorites Astro-6 return to Austin with their latest attack on nostalgia, The Editor. This time around it's that beloved and uniquely European horror subgenre, the giallo, that is the target of their pitch perfect satire and penchant for ridiculously amazing practical gore effects. Starring several of brainiacs behind Astron-6 as well as Udo Kier (Blood for Dracula), Tristan Risk (American Mary), and Lawrence Harvey (The Human Centipede 2), The Editor promises laughs and gasps in equal measure. 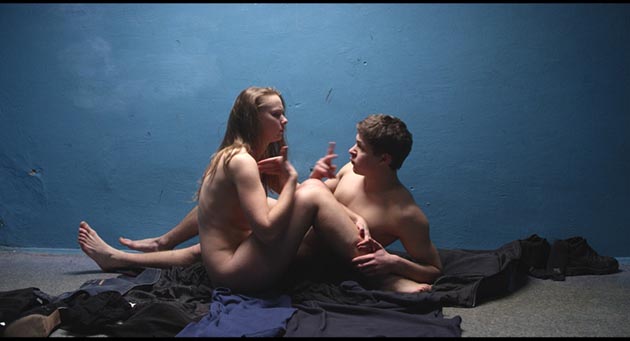 When I first heard about The Tribe its concept immediately reminded me of some of my favorite Fantastic Fest moments. The Shining: Backward and Forward, Ben Wheatley's introducing an incredible double feature of The Devils and A Field in England. This was stuff of pure cinematic alchemy demanding viewers to put themselves into an alternative headspace just to start appreciating the film. The Tribe offers a forbidden love story playing out in a high school where teachers recruit their students for thievery, and prostitution. Reports from Cannes speak of a brutal energy where fists fly down not only upon those who dissent, in the special world director Myroslav Slaboshpytskiy creates, but also on the audience which experiences it all, sans spoken dialogue, via sign language. At 132 minutes, the most amazing thing may be how completely engaged and ungimmicky the whole affair comes off. I can't wait to find out 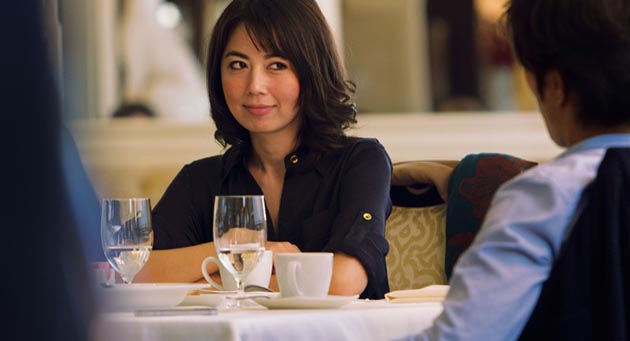 Dave Boyle brought us indie music/comedy goodness with Surrogate Valentine and Daylight Savings. His latest goes in a very different direction: Japanese neo-noir. This thrilling and smart drama features an excellent performance from Fujitano Ayako as well as familiar faces Pepe Serna and Kitamura Kazuki. It also took home the coveted Best Narrative Feature prize when it premiered at LA Film Fest 2014. Be sure to check it out at Fantastic Fest. 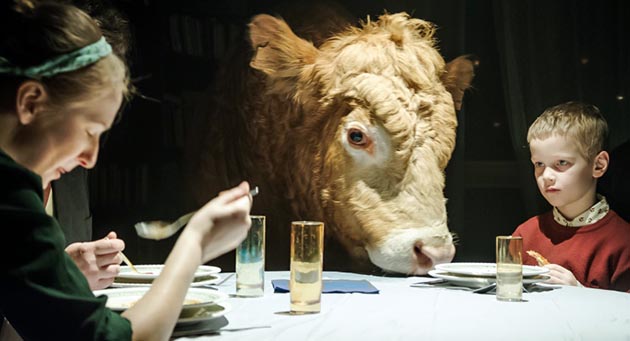 I am unable to express my excitement for director Gyorgy Palfi's latest without repeating myself, so that's exactly what I am going to do. Here, then, are a short list of reasons why I will promptly throat-punch anyone who tries to prevent me from seeing this film at Fantastic Fest X:

1. I've been a lifelong Palfi fan ever since I saw Taxidermia at the Tribeca Film Festival in 2007. (source)

2. Palfi has established himself as something of a chameleon, producing three [now four, not counting Free Fall] very different films in his short career. (source)

3. [He is] the man responsible for the subdued murder mystery Hukkle, the grotesque, Eastern Bloc artistry of Taxidermia, [and] I Am Not Your Friend, a Soderberghian exercise in low budget improvisation. (source)

4. His compilation film, ...Final Cut - Ladies and Gentlemen might be the greatest film about film ever made. (source)

5. [He has] a number of projects...in the wings, from big budget adventure/romance to Hungarian folk epic to low budget sci-fi. I want to see them all. (source) 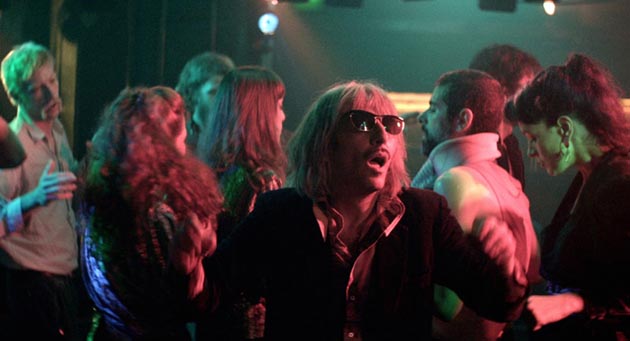 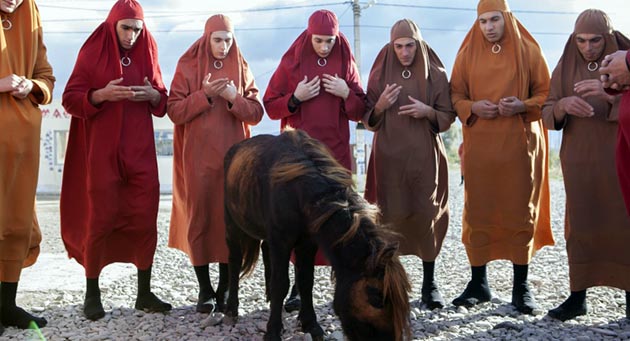 A French satire take-off of Cinderella, set in the country where the men are subservient to the women and Charlotte Gainsborough is in charge? Sold! 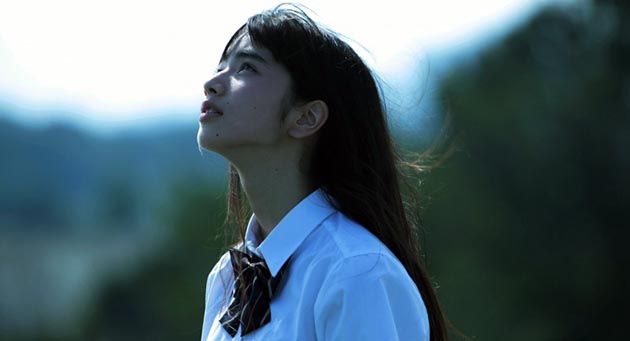 The World of Kanako

Unlike his compatriots Sono Sion and Miike Takashi, Nakashima Tetsuya doesn't churn out a new film every year. But what he lacks in speed he more than makes up for with deep, challenging and completely gonzo cinema. Unique characters fill the colorful and fully-fleshed out worlds of his singular fantasies so when he has a new film on the way it's always worth the wait.

Following the madcap left-field frolics of Kamikaze Girls (2004) and Memories of Matsuko (2006) and his genre-bending high school murder mystery Confessions (2010), Nakashima is back with The World of Kanako, another mystery crime thriller about a former detective who searches for his missing daughter, only to discover a shocking secret. Though the logline may seem straightforward, you can be sure that this film will be anything but. The promise of ample violence, drugs and Nakashima's particular blend of hyperactive, immersive mise-en-scene has me frothing at the mouth to catch this one on the big screen. 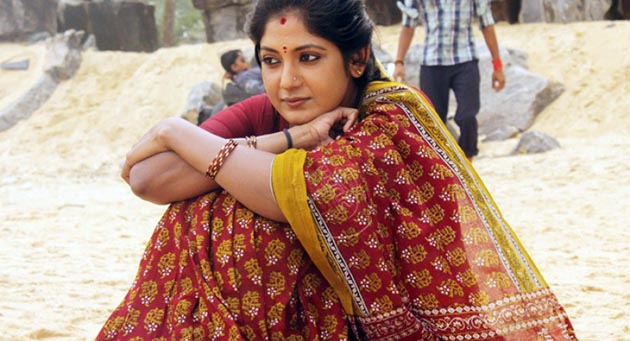 As Seen By the Rest

After having attended Fantastic Fest for the first time a couple years ago, what really stuck with me is how many cinematic gems I was fortunate enough to see - films like Vanishing Waves or Bring Me The Head of the Machine Gun Woman which blew my mind and have managed to stick with me, equally for their content and the context in which they were so enjoyed.

In much the same way, after perusing the lineup, I was on the hunt for my next "gem." And then I saw it - like that moment in one's gut when adrenaline hits the bloodstream, or when the pulse rises having unexpectedly recognized the face of a former lover in a crowd.

Rakshit Shetty's As Seen By The Rest (Ulidavaru Kandante) promises a non-linear crime story ("with explicit reference references to Scarface, Pulp Fiction, and Rashomon") set in the colourful whirlwind of an Indian town during a holy festival. Netflix has me correctly pegged as being partial to thoughtful, international fare featuring a strong female lead, and As Seen By The Rest's protagonist is a female reporter - intriguing from the outset. My own personal connection to the chaos, colour, and energy of India is automatically drawn to its representation on the big screen in films that dispose of the more traditionally twee aspects of mainstream Bollywood offerings, and I am keen to see what a contemporary take on pulp fare looks like. 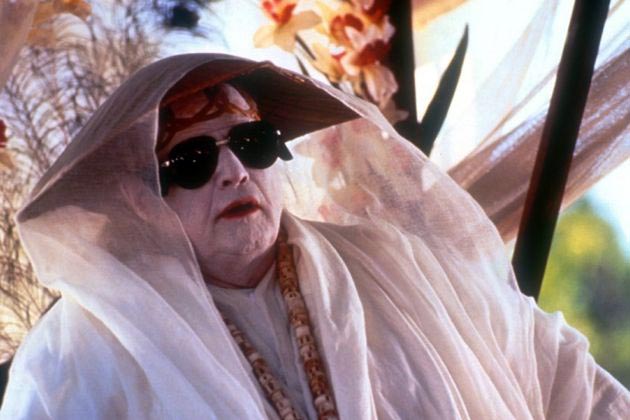 Almost as much as actual films, I love watching films about films and the filmmaking process. Such documentaries were launched into the popular consciousness by Hearts of Darkness, which chronicled the calamitous, yet ultimately glorious debacle of filming Apocalypse Now. Even when the final product doesn't actually exist, as was the case in last year's award-winning Jodorowsky's Dune, the journey of creativity, egomania, and inevitably, failure are as gripping and emotional as any fiction.

Few productions in recent memory have as many such stories, mysteries and calamitous consequences surrounding them as New Line's 1996 adaptation of The Island of Dr. Moreau, which starred Marlon Brando and Val Kilmer, and was to be directed by hot new property Richard Stanley, before he was unceremoniously replaced by John Frankenheimer during production. David Gregory's new documentary, Lost Soul: The Doomed Journey of Richard Stanley's Island of Dr. Moreau dares to take that journey, and I can't wait to delve into this deeply personal heart of darkness. 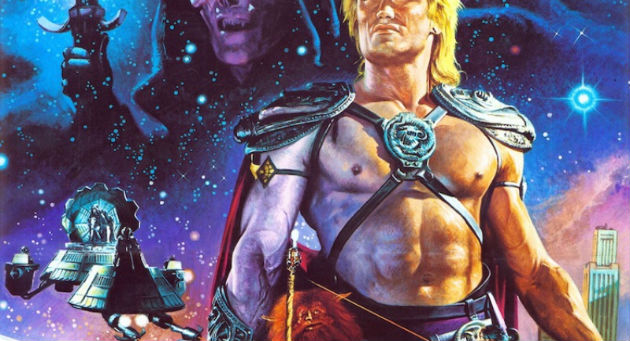 Director Mark Hartley (of the fantastic exploitation film docs Not Quite Hollywood and Machete Maidens Unleashed!) returns to big screens at Fantastic Fest this weekend with Electric Boogaloo: The Wild, Untold Story of Cannon Films.

This time, he turns his cinematic chronicling eyes on the Israeli cousins Menahem Golan and Yoram Globus, who produced hundreds of B-Z grade madcap horror, sci-fi, action and exploitation films under the legendary Cannon Films umbrella… with such action and beefcake icons like Chuck Norris, Charles Bronson, Lou Ferrigno, a young Jean-Claude Van Damme, and many more.

Shown at Fantastic Fest with the incredibly fun Cannon entries Death Wish 3 and Ninja III: The Domination (both on 35mm prints!!) the doc looks at the history of the schlock-master-flash pair, their prolific output of films, and the zany and insane mark they made on both cinema and impressionable minds. I’ll be there with the zeal of a religious fanatic and a giant bowl of Alamo popcorn.