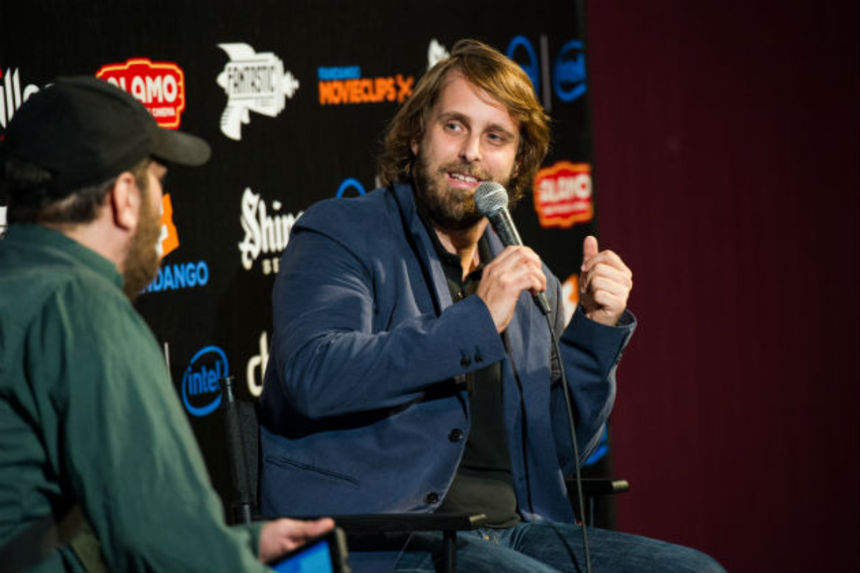 Fantastic Fest 2014 welcomed the U.S. premiere of Horns, Joe Hill's incendiary tale of damnation and redemption. Not seen since the 2013 edition of the Toronto International Film Festival, Horns now features voiceover work from its star, Daniel Radcliffe (the only differentiator from the Toronto festival cut).

With special effects from industry titans KNB and visual effects by Phil Tippett Studio, Horns breathes life -- and smoke -- into this unique coming of age story. Directed by Alexandre Aja (High Tension, Piranha, The Hills Have Eyes) Radcliffe turns in an adeptly angst-filled performance as Ig Perrish, a young man who loses the love of his life (Juno Temple) and is subsequently accused of her murder. He then grows horns and the unwanted ability of people around him admitting their darkest desires.

Twitch caught up with Aja the day after his Fantastic Fest screening.

ScreenAnarchy: How did you become involved with Joe Hill and the adaptation of HORNS?

Alexandre Aja: It goes back to feeling like you want to make a story. When you do a movie, you're committing to sometimes three, four, five years of work. So when you do a project, you have to make sure that the story echoes in you in the deepest way. I was finishing Piranha, which was a pretty tough movie; technically, it held a lot of challenges.

Horns was sent to me by my agent. I started reading the book, and it only took me a couple of chapters to realize that what I was reading was something I could have been writing as a script -- it was a combination of everything I love so much in storytelling -- dark humor, mystery, drama, and a supernatural love story.

I had to make it, so I tried to get the rights, which had gone to another producer. We teamed up to make the story together.

How long did it take to film HORNS and bring to the screen?

We started shooting in September 2012 outside of Vancouver. The process was pretty fast. We barely finished the movie for the premiere at Toronto in 2013, and we sold the movie there for US distribution. We tried a few different things in terms of cuts, but went back to the original Toronto cut, which is the version you saw at Fantastic Fest.

Tell us about Juno Temple and Daniel Radcliffe, your two stars. From the Q&A, it sounded like Daniel came to you.

It was pretty different from my previous experiences. I had a good track record with High Tension. In The Hills Have Eyes, I was dealing with radioactive mutants and in Piranha, prehistoric fish. With the adaptation of this book, which got a lot of interest, I was in new territory. Daniel asked to meet, and this was before the release of The Woman In Black.

Casting him was not an obvious choice for me, even though I love Harry Potter. But when I met him, and talked to him, he was so close to the character the way I imagined him in the book. He has a romanticism, but not in a naïve way. I talked to Joe Hill about Daniel, and Joe said that it was obvious, that Daniel was the character. Who else could be the face of a generation? Who else could comfortably bring the audience into the story?

He was a child actor, but at the same time, he's not denying his past. Maybe this is crazy, but I see a real continuity between Horns and Harry Potter. I don't see a break, I see an evolution in the magic and supernatural tone. I also see a link between Harry Potter and The Woman In Black. There are so many elements, but I feel that Daniel has the same personality in his movies; I feel like he is doing what is right no matter what happens with the supernatural. The people who grew up watching Harry Potter are now watching R-rated material.

How involved was Joe Hill in the film adaptation of HORNS?

Joe was really involved because I wanted him to be; I loved the book so much that I wanted to make sure we were doing the right thing. He helped us find solutions to shortcuts we needed to make for the adaptation of the story. He also came on set, but his real involvement was in post-production; he was there to defend my cut and keep it close to the book. He's a genius.

The book tells a pretty original story, and a lot of people have been looking forward to the film version. However, it's been a year since the HORNS premiere at Toronto. Why the wait?

It took a little bit of time, but we added a voiceover. There's always a question of adding exposition. We had a great screening at Toronto, and we had Daniel record a voiceover prior to the festival, which we didn't use. But we talked to a lot of people, and I realized that some people go for the surrealism of waking up with horns growing, but others needed a little a little bit more context. And we're talking about only six minutes of voiceover in the whole movie.

What was it like working with all of those child actors in the flashback scenes?

That was a great challenge for us, because we had to find child actors who looked like the grown-up actors, mostly for Daniel, because everyone knows what he looked like when he was twelve. Finding the double cast was a process I liked a lot.

Between HIGH TENSION and HORNS what do you think you've learned most as a director?

Technically, I see an evolution. I hope I got better! I haven't changed my way of working; I still work with a lot of the same people. The family just got bigger as they joined along the way. But as a filmmaker, I more enjoy the sets. I used to be more driven by the writing process, but now my drive has shifted to the set. I enjoy collaborating with the actors and key department heads. I enjoy that much more than I did ten years ago.

Can you tell us about the effects on HORNS?

Horns has a lot of special and visual effects. Creating the horns was one of the biggest challenges. The way they're described in the book are very Halloween-like; red and pointy. I didn't think it was the right thing to do in the movie -- I think that people would get distracted and be taken out of the story, so we made them classically romantic, like out of a piece of art from the first half of nineteenth-century Paris.

The movie stripped away most of the angel/devil references and Christian creatures. KNB and Greg Nicotero created an amazing set of horns that the actors started to forget about when they were on set, which means they weren't a distraction. KNB created a lot of amazing gruesome effects for the final transformation. Phil Tippett Studio created all the beautiful snakes and the wings at the end, which was pretty spectacular. 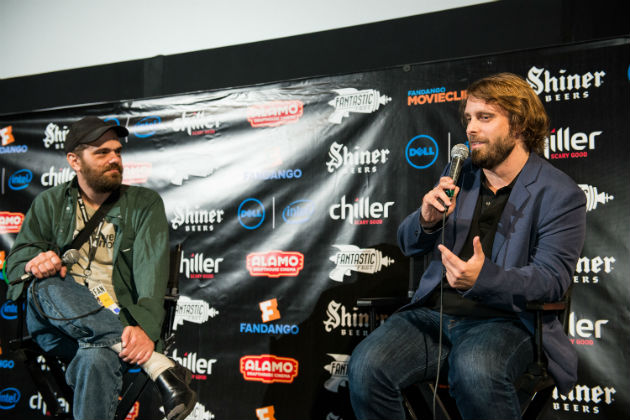