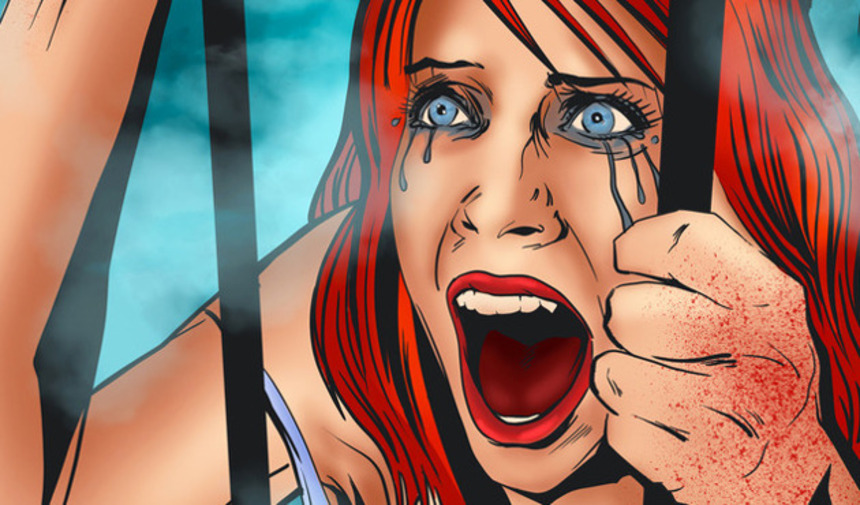 Got a craving for some classically styled horror comics? So does artist Matthew Therrien. So he's gathering up a few friends and making them himself.

While you may not know Therrien by name there's a fighting chance you may have seen his work as he's the man behind the Manborg comic adaptation and for his upcoming Gates Of Misery comic project he's calling in a trio of horror filmmakers to write original stories that he will illustrate for the comic. Contributing? Brandon Cronenberg (Antiviral), Steve Kostanski (Manborg) and John Knautz (Jack Brooks Monster Slayer).

Therrien has set up a Kickstarter campaign to raise the funds needed to get this thing going, so check out the pitch video below and support the campaign here.

Do you feel this content is inappropriate or infringes upon your rights? Click here to report it, or see our DMCA policy.
antiviralbrandon cronenbergcomiccrowdfundgates of miseryhorrorjack brooks monster slayerjon knautzkickstartermanborgmatthew therriensteve kostanski