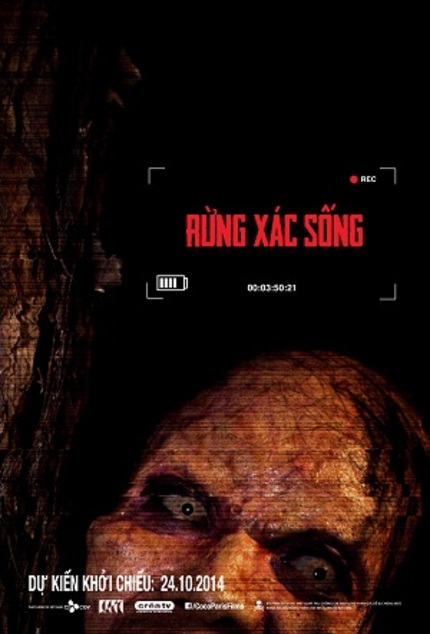 This Halloween, horror lovers in Vietnam will have a chance to enjoy the country's first zombie movie, The Lost Tour (Rừng Xác Sống, litterally translated Zombie Forest). Le Van Kiet (House In The Alley) will serve as scriptwriter, director and producer for what will be his second film.

The Lost Tour will follow the footsteps of two American friends who travel to Vietnam for the first time. Instead of spending time with the famous tourist destinations, they decided to explore the distant suburbs of the countryside to participate in exciting activities, enjoy the exotic dishes of each places. Unfortunately, they get lost in a dense forest, and the nightmare of zombie uprising begin...

The Lost Tour was filmed by the main characters with the use of hand-held cameras. The main production was completed in two months and the macabre scenes added with the contribution of Hollywood professional - Cat Paschen. To ensure the authenticity of a film style using hand-held cameras, director Le Van Kiet used the original sound recordings, with very few added effects, and created numerous situations for the actors to fully embody their characters' emotions.
So finally, this epidemic is going to Vietnam. You can check the promo below:
Tweet Post Submit

More about The Lost Tour