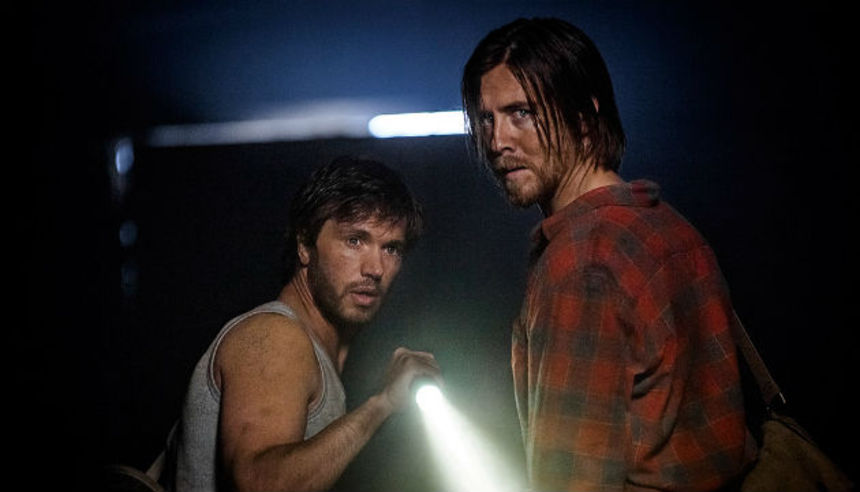 Curse you, Indiana Jones! The bullwhip-toting, fedora-wearing, hard-loving professor created unrealistic expectations for all cinematic archaeologists who have followed in his footsteps.

Thus, the gentle, mild, soft-spoken Sigurd, a tall and slender family man who is still coping with the loss of his wife, hardly seems the type to chase after a Viking myth about the end of the world, especially with his two children in tow on a supposed "family vacation" in the desolate, far north Finnmark region on the border between Norway and Russia.

Yet watching the unlikely adventure hero Sigurd try to balance the competing interests of family and work -- to be more accurate, a personal obsession -- is one of the pleasures offered by Ragnarok, directed by Mikkel Brænne Sandemose, making a 180-degree turn from the horrors of Cold Prey 3 to a movie suitable for general audiences. John Kåre Raake's screenplay takes off from the discovery and excavation of a ship from Viking Age a little more than a century ago.

The film places Sigurd in the position of being the primary archaeologist continuing work on the remains, but this is where his personal obsession gets in the way of his job. He's convinced that items found among the remains are actually runes spelling out "Ragnarok," and further exploration might shed light on the myth. Financial backers dismiss Sigurd's conjecture as foolishness right out of hand, and he loses his museum position. 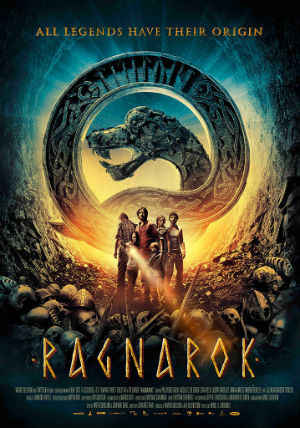 Sigurd (Pål Sverre Hagen) may speak softly but he has an iron will, and he's determined to follow up on his leads, bringing along his early teenage daughter Ragnhild (Maria Annette Tanderød), at an age where she misses her mother, resents her father, and doesn't hesitate to make her feelings known, and his young son Brage (Julian Podolski), who is completely on board. They meet up with Allan (Nicolai Cleve Broch), a fellow archaeologist; Elisabeth (Sofia Helen), Allan's comely research assistant; and Leif (Bjørn Sundquist), a crusty local guide.

If those character descriptions sound familiar, and if you think you have a pretty good idea what their individual arcs will be, it's because Ragnarok obviously draws heavily from established adventure movie tropes, much the same way that the Cold Prey series worked within horror conventions, and then did its best to subvert them. (That's not surprising, since producer Martin Sundland served in that capacity on the Cold Prey films as well.)

Ragnarok is not trying to subvert but to celebrate; it's as though the kids in 1985's The Goonies were accompanied by adults on a wilderness adventure. And there are other, spoiler-ish elements that distinguish Ragnarok, beyond everyone speaking Norwegian.

The film does not reinvent the wheel, but it maximizes the experience of riding it, embracing stereotypes and shining them up so they look new all over again. It adds up to a fun family adventure, with Norwegian style and a welcome edge, something even Indiana Jones in his prime could never quite achieve without a lot more bickering.

Review originally published during Fantastic Fest in September 2013. The film opens in select U.S. theaters on Friday, August 15, and will also be available to watch via various Video On Demand providers. Visit the official site of distributor Magnet Releasing for more information.

Do you feel this content is inappropriate or infringes upon your rights? Click here to report it, or see our DMCA policy.
family filmsMikkel Brænne Sandemosmonster movieNorwayPål Sverre Hagen

More about The Gate Of Ragnarok