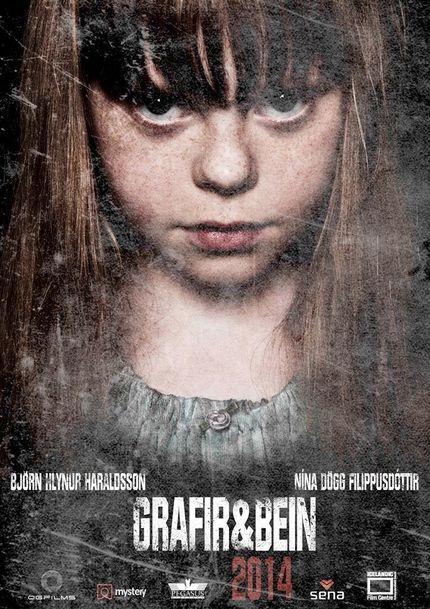 The good thing about the Icelandic film industry is how close knitted it is, which means it's fairly easy to get well known actors or seasoned talent to help you out on a project if the money isn't that great.
Such is the case with the new Icelandic horror film Graves And Bones, written and directed by 26 year old first time feature director Anton Sigurðsson, who brought in a large chunk of the Vesturport crew: actors Björn Hlynur Haraldsson, Gísli Örn Garðarsson and Nína Dögg Filippusdóttir, producer Rakel Garðarsdóttir and cinematographer Árni Filippusson, a group that are either siblings or are married to each other.
The story for Graves And Bones revolves around a couple, Gísli and Sonja, who have it all but then lose their daughter and their world crumbles around them. To make matters worse, Gísli is being investigated for business fraud. Another blow to them is that Gísli's brother and his wife die in an accident, leaving their young daughter, who Gísli and Sonja decide to adopt. The young girl lives in a house in the countryside and when the couple come to pick her up, weird and creepy things start to happen.
The film is slated for release in October this year and is produced by OgFilms, Mysteri and Pegasus.

The trailer is sadly not subbed but I think you get the idea.
Sign-In to Vote
Tweet Post Submit