Review: THE STRANGE LITTLE CAT, A Masterclass In Minimalism, From A Newcomer 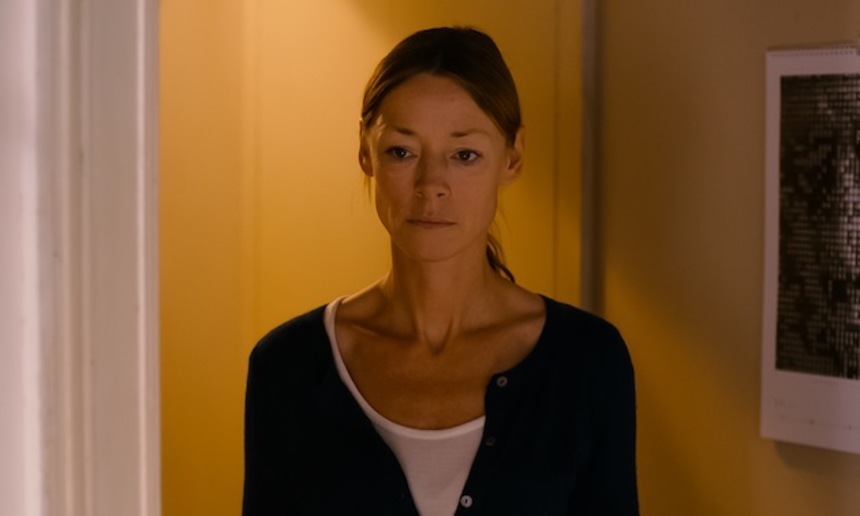 While cinema acts as a temporal artifice like no other medium out there, films that capture the absolute spark of a moment -- the Nowness of a breath or a look -- for all to experience at a further moment, are few and far between. Seizing the utterly uncanny and uplifting sense of life not merely observed, but experienced and felt on the most nuanced and beautiful of levels, Ramon Zürcher's debut feature (his thesis film at the dffb [Berlin School] in Germany) The Strange Little Cat is most assuredly one of these "Now Wave" films.

At a succinct 72 minutes this beguiling look into one family's Saturday is, despite such a length, actually ponderous and airy by nature. Its minimalist aesthetic vividly stands at that most wonderful of crossroads, between naturalism and surrealism. For the moment, when one really sits right in it, is so fantastically normal. Sometimes we can articulate that moment into meaning, and sometimes we remain baffled by it. And then that moment changes. We take a breath and it changes.

Zürcher's scenario is as follows: A middle-class German family gathers in their apartment. The elder daughter and son, now out of the house and visiting, sleep in late; the precarious younger daughter helps her father do the grocery shopping, while her mother looks on. An uncle and cousin show up to fix the washing machine. The grandmother, aunt and older cousin arrive later. They all share an evening meal together before attending the older cousin's concert.

Any semblance of major conflict and plot are set aside in Zürcher's refreshingly simple narrative. After all this is a film of moments, of the now, even if that now falls in the past. As that goes, the mother tells her eldest daughter a story about how a man put his foot on her's at the movies. The elder daughter later talks about how when she drops orange peels they always fall with the whites facing up. Her brother speaks of a time when he was at a birthday party and everyone was waiting for the crying, drunk woman to leave. During these mini-tales, we cut away from the present into the story being told. The mother's story follows her narration to a T, as does the sister's. It is on the brother's pause that we then see the drunk girl, calm now, and down on the street, look up and smile at him. He smiles back.

Though there is much expressed throughout the film, inner feelings and states of being are largely kept at arms distance, or remain aloof to the audience entirely. Siblings tease each other, little girls scream to get a rise out of their elders, parents look on in disdain. It is only in the cuts to the household's mother, played with wonderful nuance by Jenny Schilly, that a sense of unease unfurls on the edges of the frame. While her husband and children and brother rather gleefully, dutifully get on with their day, the mother acts as a keen, even forlorn observer, taking in the world around her; marking all the changes. Her husband checks his heart rate on a monitor, her aging mother sleeps off the afternoon. Before her very eyes she sees her children getting older, moving on. During a quiet moment in the kitchen, while she stands alone, the family cat eating at her feet, the mother ever so slowly, ever so slightly, presses her heel against the back of her pet's neck.

In these ways Zürcher's film ends up addressing the notion of metamorphosis, or at least, the moments building up to one making a decision. If it is a decision to be made at all.

At the behest of capturing these moments with as little fanfare as possible, Zürcher and cinematographer Alexander Haßkerl lock their camera off, mostly at mid-torso level, emphasizing in rigorously precise, if paradoxically laid back form, the small size of the apartment as family members rush on through its narrow hall, or its bright kitchen, the main hub of the film's action. As these bodies come and go, the heads and legs of the adults often appear severed in the frame. Fragmented but never lost. The camera sits, waiting for someone else to fill in the gaps, or else accept the stillness and emptiness. More often than not, youngest daughter Clara or her cousin Jonas are the ones at eye level. There's something to be said about that viewpoint and the film's inherent curiosity, as well as its opaque tone. Fact is, the children and young adults are the only ones that we hear the given names of. Parents fill their title roles as "mom", "grandma" or "uncle", otherwise going unnamed. If it weren't for the mother's increasingly obvious anxiety and displacement within her own home, this wouldn't be as unsettling as it is.

Another curious turn that literally tunes us into the fragility of it all, is a simple, and delightfully thoughtful musical motif. This neo-clasical chamber music (perhaps the piece the elder cousin will be playing at her concert) helps transition us from morning to afternoon, and then to evening, accenting closeups of inanimate objects (a glass of milk, orange peels, the washing machine) with surprising tenderness, and encouraging us to ponder the residue of life left on such seemingly banal things. We then settle on the household cat, its gaze caught on something far away, out the kitchen window. Like the mother, it is living elsewhere, right here and now.
When I first saw The Strange Little Cat at AFI Fest in November 2013, I was instantly struck by the film's insights into things we often take for granted, namely the roles family can play in our lives. It was the all around clearest, most metaphysically complete and physically nourishing experience I had at the cinema in 2013, and remains an absolute stand out in 2014. Through Zürcher's minimalist lens the mythology of domestic life unfolds before us with mesmerizing clarity, ultimately revealing the strange in the mundane. The Strange Little Cat celebrates such moments with joy, and some sadness. It then encourages us to do the same. Even if we don't understand what it all means.

The Strange Little Cat starts an exclusive theatrical run at the Film Society Of Lincoln Center in NYC on August 1st, and will be available digitally day-and-date on the streaming subscription service Fandor. Click here for full details.

Do you feel this content is inappropriate or infringes upon your rights? Click here to report it, or see our DMCA policy.
Berlin SchooldffbminimalismRamon ZürcherThe Strange Little Cat