Todd Brown
Founder and Editor; Toronto, Canada (@AnarchistTodd)
Tweet Post Submit
While we'll certainly be seeing many more projects successfully launched and driven through the production process via the Frontieres Co-Production Market at the Fantasia Festival in Montreal - with a second Frontieres event now also attached to the Brussels International Fantastic Film Festival - the first fruits are nearly upon us with directing collective RKSS offering Turbo Kid now deep into post production. And we've got the first poster art for you below.

TURBO KID began its life as a short film submission to THE ABCs OF DEATH entitled "T is for Turbo", directed by Canadian filmmakers François Simard, Anouk Whissell and Yoann-Karl Whissell, collectively known as RKSS (Roadkill Superstar). Production partners met at the first edition of the Fantasia International Film Festival's Frontières International Co-Production Market, in July 2012, where TURBO KID was one of the Frontières projects presented.

In a post-apocalyptic parallel future of 1997, an orphaned teenager called The Kid scavenges the Wasteland searching for relics from a better time - the 1980s. During one of his expeditions he meets Apple, a mysterious girl with a rather large secret. As their relationship deepens, they accidentally run afoul of Zeus, the self-proclaimed leader of the Wasteland who now controls the world most precious commodity: fresh water. When Zeus' gang kidnaps Apple, The Kid joins forces with Frederick, the laconic leader of the legendary Arm-Wrestling Clan. Armed with little more than blind faith and an ancient turbo-charged weapon, The Kid must fulfill his ultimate destiny: destroy Zeus, avenge his parents' death, and get the girl of his dreams. 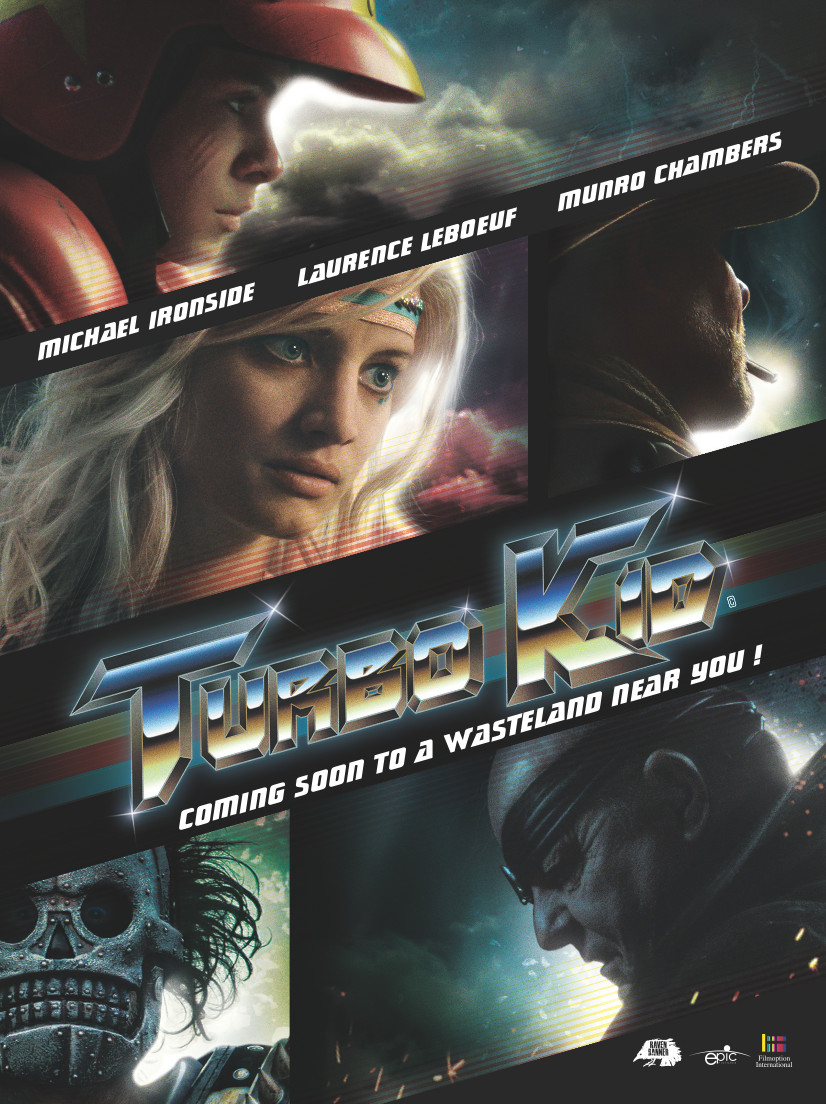