Stuart Muller
Contributing Writer; South Africa
Sign-In to Vote
Tweet Post Submit
Today marks the anniversary, in the year 2941 of the Third Age (by Shire Reckoning), of Bilbo's departure from Beorn's Hall for Mirkwood, in the company of 13 dwarves and a surly wizard in JRR Tolkien's literary classic The Hobbit. Today also marks the release by Warner Brothers of remastered, deluxe editions of the Rankin-Bass animated classics The Hobbit (1977) and The Return Of The King (1980).
Sadly, Beorn does not appear in the Rankin-Bass The Hobbit (though he's played to the hilt by Mikael Persbrandt in Peter Jackson's version), but that is no reason not to celebrate these overlooked classics, all but forgotten in the post-Peter Jackson's Middle-Earth world. For all their flaws, they remain enthralling manifestations of Tolkien's created universe.
The films hosts a wealth of phenomenal voice talent, including Orson Bean as Bilbo, John Huston as Gandalf, Otto Preminger as a very German Thranduil, and 1960′s Surrealist comic Brother Theodore as Gollum, all of whome reprise their roles in The Return Of The King.
It's perhaps worth recounting some of the history surrounding these titles, which can get a bit confusing when you throw Ralph Bakshi's animated contribution, The Lord Of The Rings (1978), into the mix.
The Hobbit was a 1977 animated musical television special created by Rankin-Bass and animated by Topcraft, a precursor to Studio Ghibli, using lyrics adapted from the book. The following year, Ralph Bakshi and United Artists released The Lord Of The Rings (1978), the first installment in their intended two-part animated treatment of Tolkien's epic trilogy and Hobbit sequel, The Lord of the Rings. However, disagreements between Bakshi and UA eventually scuttled the second film (a fascinating story in and of itself, and testament to Bakshi's devotion to Tolkien's source material), and fans now consider Rankin-Bass' The Return Of The King (1980) as the unofficial sequel to Bakshi's The Lord Of The Rings (1978).
Bakshi's film employed his trademark combination of cel animation and rotoscoped live-action footage to cover events in the first two books of The Lord of the Rings trilogy (Fellowship of the Ring and The Two Towers, respectively). Rankin-Bass tackled the contents of the trilogy's final book, The Return of the King, using the same animation they employed for The Hobbit, and indeed employed a plot device intended to make it a viable sequel to The Hobbit despite skipping over all the material in the first two books of The Lord of the Rings.
Rumors have long swirled that Rankin-Bass decided to make The Return Of The King upon hearing that Bakshi's sequel to complete his The Lord of the Rings was going to be left unmade. In reality, it appears Rankin-Bass had always planned on making a sequel based on The Return of the King as their follow-up to The Hobbit, though Warner Brothers implied it was a sequel to Bakshi's film in their marketing campaign.
While it's lamentable the Bakshi was never able to complete his vision for The Lord of the Rings, and that Rankin-Bass' pesudo sequel lacks any stylistic continuity with the Bakshi film, they make for a worthy animated trilogy of sorts. A remastered version of Bakshi's The Lord Of The Rings was released in 2010, and now finally Rankin-Bass' The Hobbit and The Return Of The King have received the same treatment.
Both films comes with animated shorts from the Warner Bros vault. The Hobbit includes three classic cartoons, Knight-mare Hare, Knighty Knight Bugs, and Rabbit Hood, while The Return Of The King includes two, Good Knight Droppy and Jerry Hood & His Merry Meeses.
It is disappointing that Warner Brothers would go to all the effort of remastering these films and not make them available in true HD, but a polished new DVD is certainly a step up from the grainy versions we've been stuck with all these years.
And it might do some of y'all some good to revisit these movies and remember their many crimes of omission, before returning for the final installment of Peter Jackson's Middle-Earth oeuvre, and the inevitable criticism of his "crimes of inclusion".

Check out the classic Riddles In The Dark scene from the remastered edition of The Hobbit, courtesy of Warner Brothers 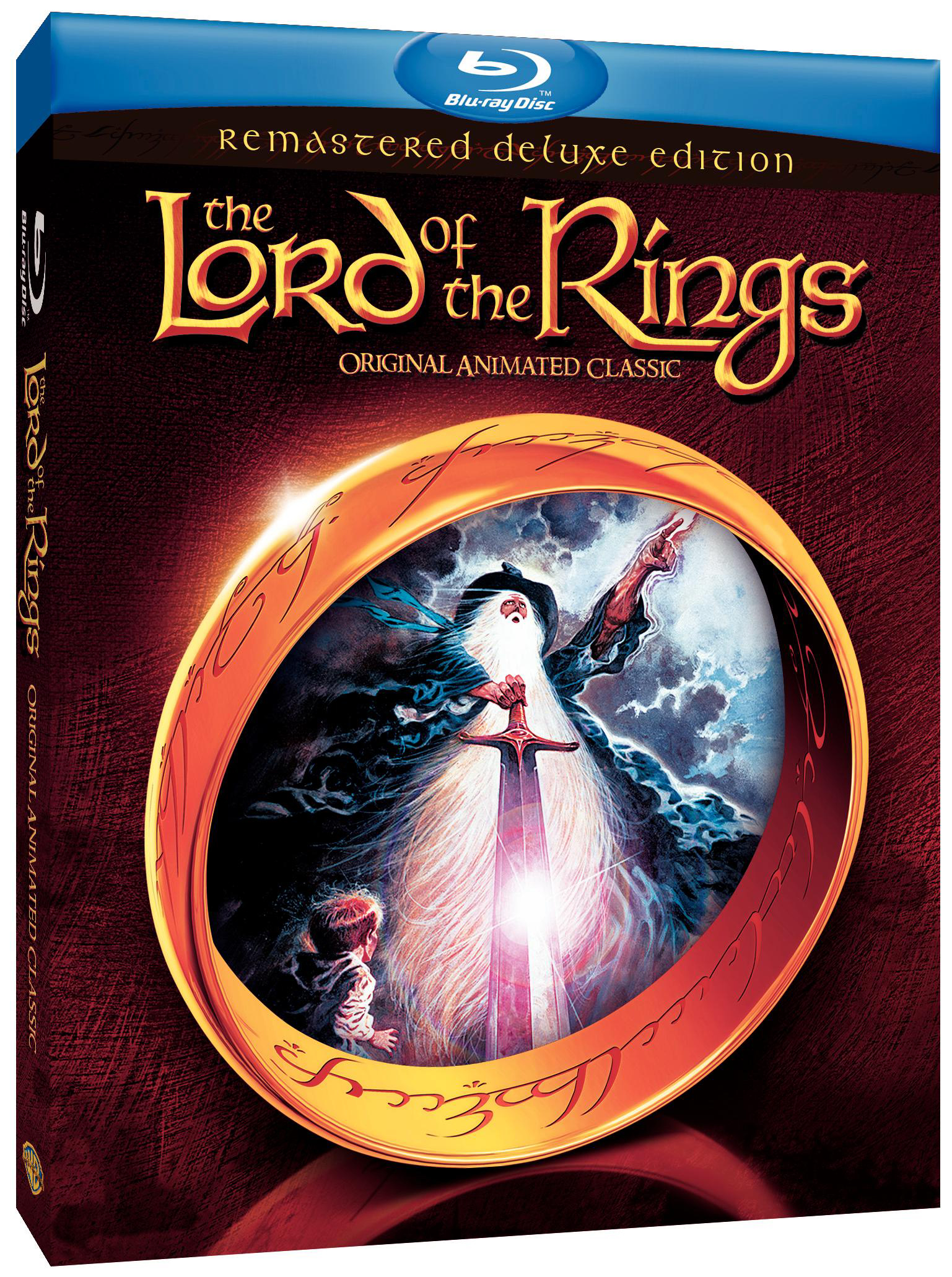 Bakshi's remastered edition of The Lord Of The Rings (1978) is available in Blu-ray, so perhaps the Rankin-Bass films will become available in HD in the future.

Check out the classic Riddles In The Dark scene from the remastered edition of The Hobbit, courtesy of Warner Brothers

Do you feel this content is inappropriate or infringes upon your rights? Click here to report it, or see our DMCA policy.
BakshiHobbitLord of the RingsRankin-Bass