Stuart Muller
Contributing Writer; South Africa
Tweet Post Submit
A Facebook page for Neill Blomkamp's Chappie, a sci-fi comedy starring fellow South Africans Ninja and ¥o-Landi Vi$$er of Die Antwoord as themselves and frequent Blomkamp collaborator  Sharlto Copley (Wikus in District 9 and Kruger in Elysium) as the titular android Chappie, has gone live and indicates we can expect the film in 2015. Die Antwoord separately posted the first image of Chappie himself.
Chappie's local South African cast is fleshed out with some big international names, not least of which are Hugh Jackman, Sigourney Weaver, and Dev Patel.

After being kidnapped by two criminals during birth, Chappie becomes the adopted son in a strange and dysfunctional family. Chappie is preternaturally gifted, one of a kind, a prodigy. He also happens to be a robot. 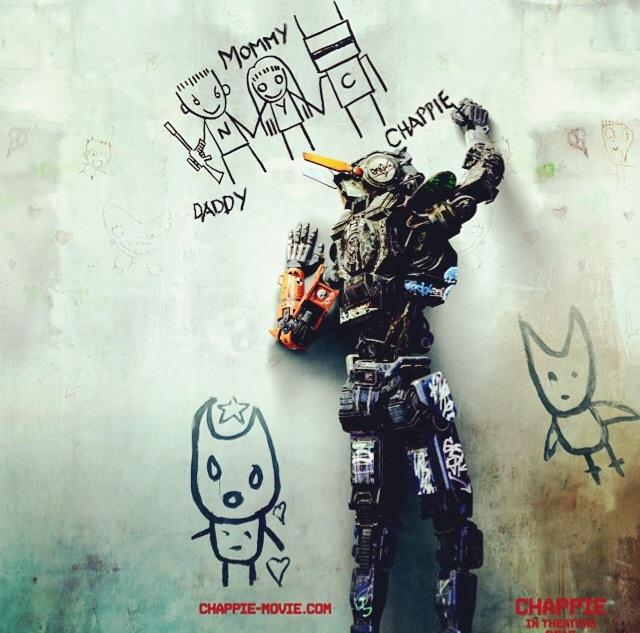 Our first look at Blomkamp's design for Chappie

I have previously voiced my suspicions that Die Antwoord would be more than actors, and would leave their unique artistic mark on the film. Judging from these first images it would seem those suspicions are well-founded. The strange figures scrawled on the wall are the artwork of Ninja, who has long had a fascination with this sort of imagery. 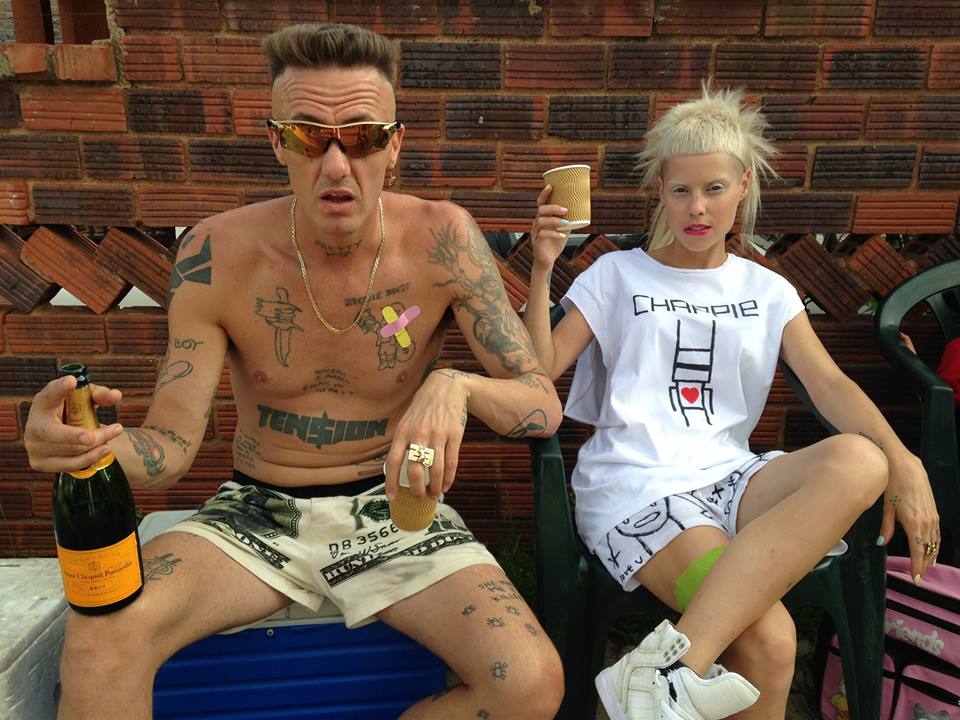 This from back in January - note the first image of Chappie on ¥o-Landi's shirt. 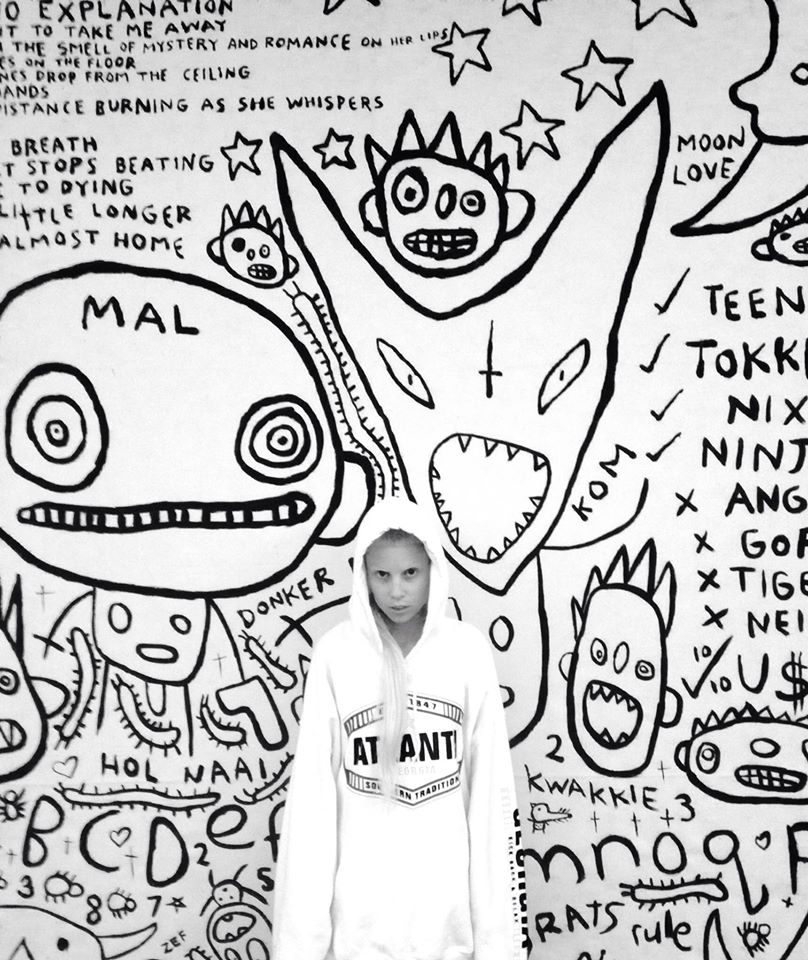 Ninja's interest in these sorts of illustrations was inspired by the work of artist Roger Ballen, who has long been engaged with these sorts of illustrations in his work with the ostensibly deranged on the fringes of South African society. We previously covered an astonishing short documentary about Ballen's latest work Asylum Of The Birds, which is full of examples of this sort of art. Die Antwoord's first full video, Enter The Ninja, gives a good taste of Ninja's own explorations into this sort of art, but the pinnacle is their collaboration with Ballen on their award-winning music video for I Fink U Freeky, which is included in the Ballen article. 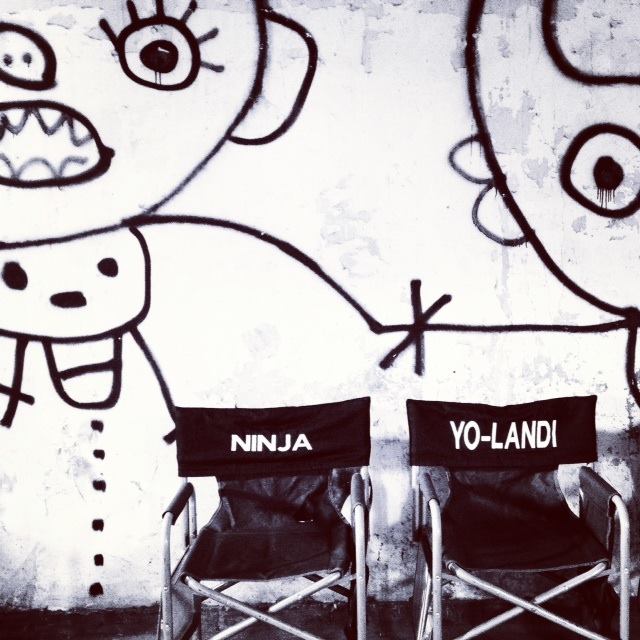