Don't Die In Canada, Watch The Trailer For Kevin Smith's TUSK Instead 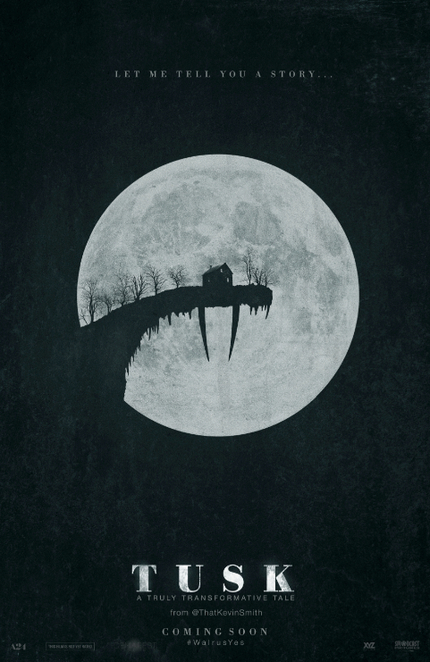 Cue up the Beatles jokes as regards Justin Long in Kevin Smith's gonzo horror film Tusk because the new trailer is arrived and, yup, it's every bit as odd as you might expect.

Long stars with Michael Parks, Genesis Rodriguez and Haley Joel Osment in the story of a podcaster (Long) who falls into the clutches of a mysterious old man (Parks) with a moderate obsession with walruses. Strange things happen.

A24 hold the US rights to the film and with a planned September release approaching they have released the first trailer. Check it out below.