The Director Of UNIT 7 Returns With Dark Thriller MARSHLAND 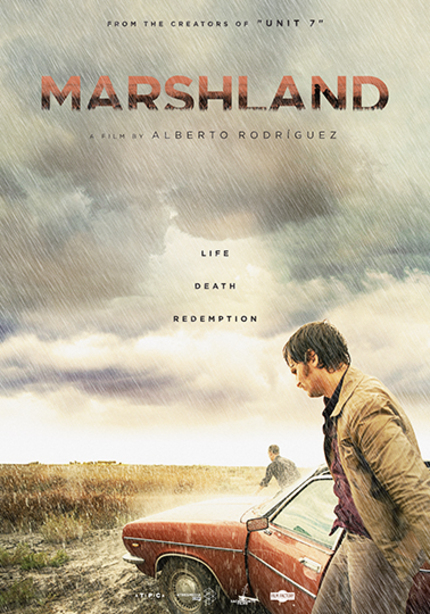 The Spanish deep South, 1980. A series of brutal murders of adolescent girls in a remote and forgotten town bring together two disparate characters - both detectives in the homicide division - to investigate the cases. With deep divisions in their ideology, detectives Juan and Pedro must put aside their differences if they are to successfully hunt down a killer who for years has terrorized a community in the shadow of a general disregard for women rooted in a misogynistic past.

If you're thinking "Oh! A Spanish True Detective!" then you're not the only one and the first trailer looks as though it should live up to those expectations of quality. Check it out below.

Do you feel this content is inappropriate or infringes upon your rights? Click here to report it, or see our DMCA policy.
alberto rodriguezAntonio de la Torregrupo 7Javier GuteierrezmarshlandRaul Arevalotrailerunit 7