SIN CITY: A DAME TO KILL FOR, OPEN WINDOWS, THE SIGNAL And More At Film4 FrightFest 2014! 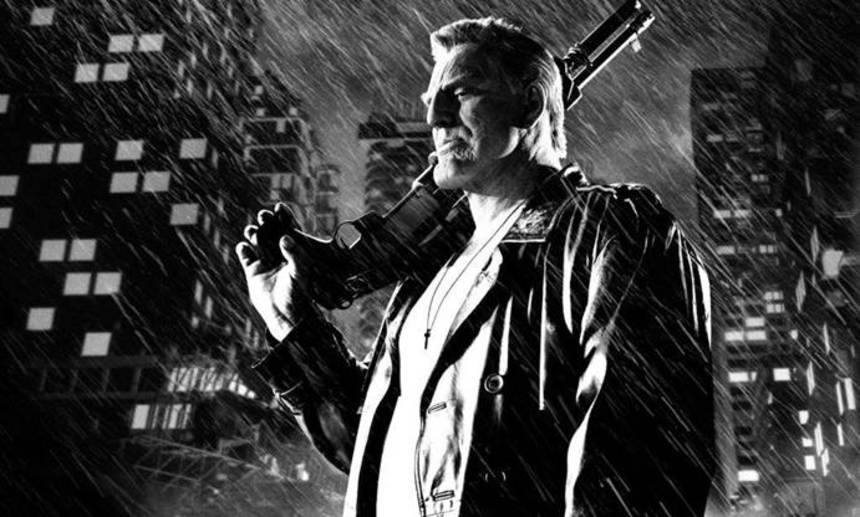 Attention UK genre film lovers! Film4 FrightFest has announced its feature film line-up for 2014, and by jove if it isn't pretty magnificent. Full disclosure, I am a shorts programmer for the festival, so I admit to a bit of bias. But I think you would be hard-pressed to find fault with this diverse programme, that features some of the best of fantastic cinema that have been making the festival rounds, as well as several world and UK/European premieres. The opening night (announced last week) is Adam Wingard's The Guest, and the festival will close with The Signal.

Among some of the most exciting titles that I've seen and can highly recommend are Nacho Vigalondo's revolutionary Open Windows, Leigh Janiak's disturbing Honeymoon, James Ward Byrkit's mind-bending Coherence, Gerard Johnstone's hilarious Housebound and Fabrice du Welz's terrifying  Alleluia. Some that I am chomping at the bit to finally see are Roberto Rodriguez and Frank Miller's Sin City: A Dame to Kill For, Jennifer Kent's The Babadook, Hitoshi Matsumoto's R100, and Jerome Sable's Stage Fright.

FrightFest is at a new venue this year, Vue Cinemas (still in Leicester Square), and this change means an incredible expansion of the programme. Not only are there more films, but an expansion of the retrospective section that will include restored versions of The Shining and Nightmare on Elm Street. And some great fantastic-themed documentaries, such as Doc of the Dead and Lost Soul: The Doomed Journey of Richard Stanley's Island of Dr. Moreau.

The shorts programme and guest list will be announced in the coming weeks. In the meantime, peruse the full press release below. Festival & day passes go on sale from 28 June. Tickets for individual films are on sale from 19 July.

Plenty of genre movies have been garnering massive critical attention from other signature festivals which FrightFest has embraced, including: the  moving and charming LIFE AFTER BETH, the laugh-out-loud crowd-pleaser ZOMBEAVERS, Jennifer Kent's utterly beguiling THE BABADOOK, the extraordinary German slasher THE SAMURAI, the 'Glee'-ful STAGE FRIGHT, the Hollywood rags to witches STARRY EYES, the hugely entertaining HOUSEBOUND, the unique R100, the cult of the damned FAULTS, the Kiwi corker I SURVIVED A ZOMBIE HOLOCAUST and Jay Weisman's sci-fi mindbender SHOCKWAVE DARKSIDE 3D.

Discovering and nurturing new talent from across the globe has always at the heart of FrightFest's manifesto and this year's ever-popular Discovery Strand is testament to this, boasting thirty-eight films which includes THE HOUSE AT THE END OF TIME, the first ever horror movie from Venezuela, Matthew, A. Brown's startling neo-noir revenge thriller JULIA, Casey La Scala's rapture survival THE REMAINING, Chad Archibald's maniac-franchise-in-the-making THE DROWNSMAN, the mumblecore insidious CREEP, the intestinal gag-filled BAD MILO!, the shattering TRUTH OR DARE, the surprising ALTERGEIST, the king of the hill PRESERVATION, the bodysnatching HONEYMOON, Lowell Dean's hilarious midnight movie WOLFCOP, the cyber chiller THE DEN, the Australian urban legend LEMON TREE PASSAGE, Ben Wagner's intimate DEAD WITHIN, the giallo-infused ANOTHER, the inevitable WRONG TURN 6 and Ate de Jong's psycho-sexual  horror DEADLY VIRTUES.

Plus there some brilliant documentaries receiving their UK premieres: Alexandre O. Philippe's Zombie culture reveal, DOC OF THE DEAD and Erik Sharkey's touching portrait of Drew Struzan, DREW: THE MAN BEHIND THE POSTER. There is also the World Premiere of David Gregory's LOST SOUL - THE DOOMED JOURNEY OF RICHARD STANLEY'S ISLAND OF DR. MOREAU.

Plus there is a special presentation of James Ward's mind-bending horror-sci-fi COHERENCE by THE DUKE MITCHELL FAN CLUB @ FILM4 FRIGHTFEST plus their in-house party.

With a record number of female directors showing their work this year in both the main sections and in the short film showcases, the return of the 'Shortcuts To Hell' competition in association with Horror Channel and Movie Mogul, the 'Turn Off Your Bloody Phone!' entries and the usual bloody red carpet gathering of stars, directors and surprise guests, Film4FrightFest continues to be the single most important event of 2014 in the UK genre calendar.