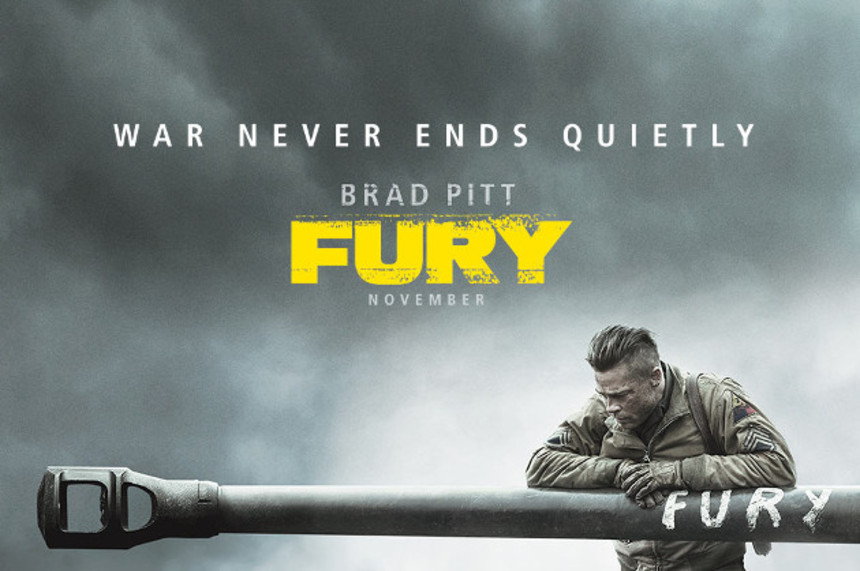 The simple fact that Brad Pitt is christened 'Wardaddy' would be enough for me to write off David Ayer's Fury from the outset- that and the fact that it also stars the perennially irritating Shia LaBeouf - if not for the fact that it's written and directed by Ayer, who is actually quite good. And so onward into the breach we go with the trailer for the WWII action drama with Pitt starring as a tank commander at the tail end of the war.

April, 1945. As the Allies make their final push in the European Theatre, a battle-hardened army sergeant named Wardaddy (Brad Pitt) commands a Sherman tank and her five-man crew on a deadly mission behind enemy lines. Outnumbered and outgunned, and with a rookie soldier thrust into their platoon, Wardaddy and his men face overwhelming odds in their heroic attempts to strike at the heart of Nazi Germany.

Notwithstanding the fact that 'Wardaddy' is a flat out stupid name and that the moralizing about war being violent (gee, really?) comes off as heavy handed and wildly facile this looks to at least be serviceable stuff with some very well staged battle sequences. Take a look below.

Do you feel this content is inappropriate or infringes upon your rights? Click here to report it, or see our DMCA policy.
brad pittdavid ayerfuryshia labeouftrailer