Community Challenge! Help Fund Mattie Do's DEAREST SISTER And You Can Turn Her CHANTHALY Into Anything You Want! 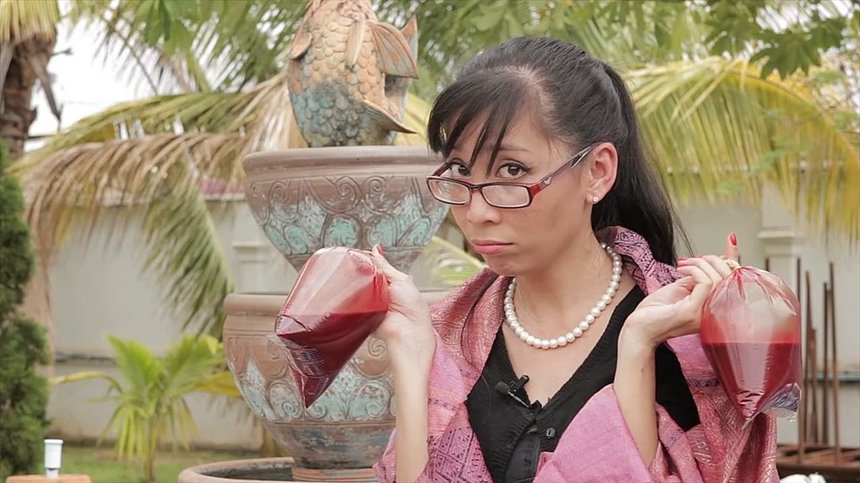 Ladies and gentlemen, the gauntlet has been thrown. With a little more than two weeks left to go in her crowdfunding campaign for sophomore film Dearest Sister (Nong Hak), Laotian director Mattie Do has upped the stakes: Should Dearest Sister reach its full funding goal then Do will release absolutely all the materials created in the making of her debut film Chanthaly - all 400 gig or so worth - online, giving backers the ability to essentially open source her debut feature and turn it into whatever they want. All the video files, all the audio files, the subtitles, everything. Go to town.

Chanthaly was the first ever feature directed by a woman in Laos and also that nation's first ever horror film, going on to play festivals around the world - including Austin's Fantastic Fest - and Do is now raising the money to up the ante considerably for her second effort. The nine grand raised towards Dearest Sister already is nearly double Chanthaly's total budget and at this point the film is going to be made no matter what, the results of the crowdfunding campaign simply allowing Do to scale up even further.

Check out her latest crowdfunding appeal for details on her latest challenge below and support the effort here!