Set Sail With The First Teaser For NORTHMEN: A VIKING SAGA 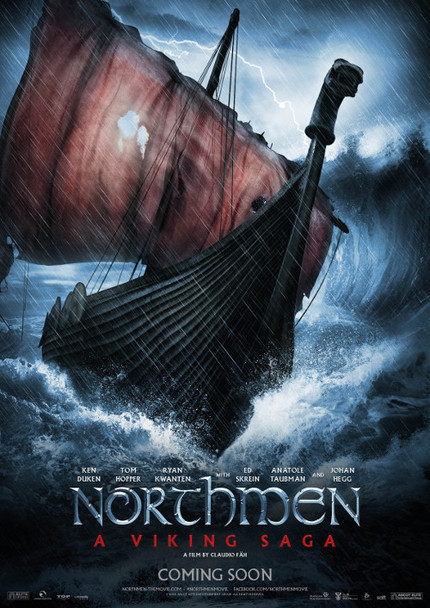 Grab your swords and metal helmets, offer up a prayer to Odin, and take a moment to check out the trailer for German / South African historical action co-production Northmen: A Viking Saga.

A gang of Viking marauders under the command of their young leader, Asbjörn, bear down on the coast of Britain, intent on pillaging Lindisfarne of its gold. But, caught in a vicious storm, their longboat is dashed to pieces on the rocks off Scotland. Trapped deep within enemy territory, the shipwrecked men's only chance of survival is to reach the safety of the Viking stronghold Danelag.

With only the enigmatic Conall, a monk who preaches with his sword to help them, they cut a bloody swath through anyone who gets in their way. But the journey becomes a race for their lives when the King of Scotland sends his most feared mercenaries, the Wolf Pack, after them. Traversing an unfamiliar and hostile land, they are pursued relentlessly. However the hunters become the hunted when the Vikings, eager for battle, set deadly traps and mercilessly decimate their pursuers one by one...

More about Northmen - A Viking Saga