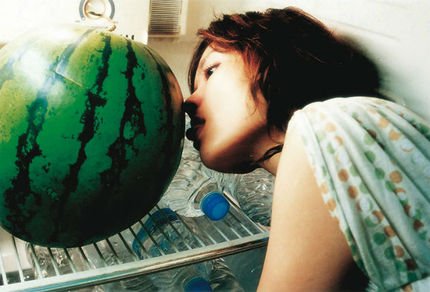 It is time for melons in Vienna: From May 9-23, a retrospective covering the complete oeuvre of Tsai Ming-liang runs at the Stadtkino Vienna as a part of Wiener Festwochen. For two weeks the Malaysian born filmmaker will be presented as an artist in various forms: cinema, installation works, and theatre performances.

Therefore, the works of Tsai Ming-liang will not only be presented inside the cinema space, but also in public exhibition places such as the Künstlerhaus Passagegalerie, where his installation "It's a dream" will be shown. His cinema is a cinema of time. He teaches us to really look at things, to participate and to feel every little movement. Thus, he shows that cinema is still a medium that can play an important counterpart to our daily experiences.

Last year's Stray Dogs was a critical success for the Taipei-based artist, who announced his retirement after the premiere of his film at the Venice Film festival. Nevertheless, he came back with Journey to the West, a highly-praised short film which is part of his Walker-series and stars (as always) Lee Kang-sheng and Denis Lavant. It premiered at the Berlinale. It will also be shown on various times during the coming weeks. On one occasion, the filmmaker will be present and talk about his work.

The Wiener Festwochen will also host The Monk from Tang Dynasty, a theatre play written and directed by Tsai Ming-liang and also starring Lee Kang-sheng. In it, he deals with topics that are well known from his cinematic work: Emptiness, relationships and landscapes. It will be a huge pleasure to witness a retrospective of this particular filmmaker, as he seems to be working on (to paraphrase a quote by Rainer Werner Fassbinder) a huge house where all his works are living in.

Do you feel this content is inappropriate or infringes upon your rights? Click here to report it, or see our DMCA policy.
Journey to the WestStray DogsThe Wayward CloudTsai Ming-liangWhat Time is it there?Wiener Festwochen