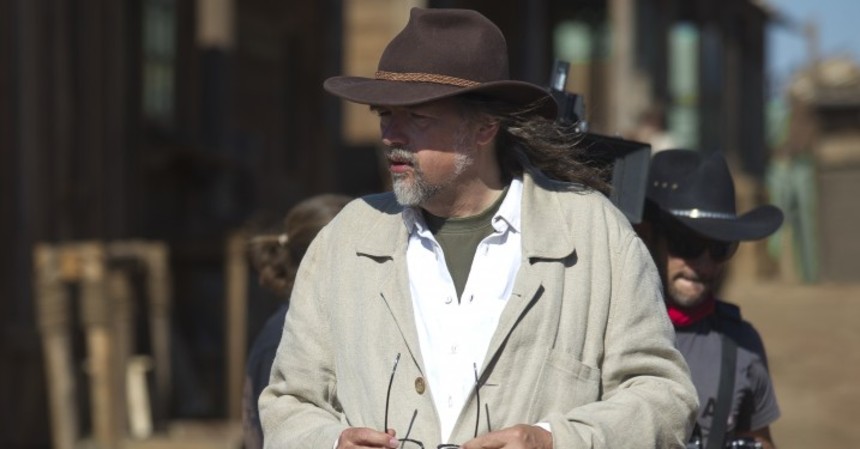 Will it be a match made in heaven or in hell? And, in this case, would hell be the better option?

Danish director Kristian Levring may be just gearing up for the world premiere of his new film Salvation in the midnight section in Cannes but he's already planning what comes next. And what comes after his dark western is a full on horror film titled Detroit being scripted by Lars Von Trier. After the news was announced via a cryptic post on the Zentropa website Danish film magazine Soundvenue got in touch with Levring for more details and have been kind enough to provide us with an English translation:

»In the end Lars said: 'I want you to stop talking about it, so I'll write it for you instead'«, says Kristian Levring in an interview with Danish magazine Soundvenue about the Trier written 'Detroit'.

But Levring's next film is already in the making, and it is a horror movie written by none other than Lars von Trier. Trier is currently working on the script, which has the working title 'Detroit'.

»We just started about a month ago, so I can't tell much about the project, other than the fact, that we decided to really do it«, says Kristian Levring to Danish magazine Soundvenue on a phone from his home in London.

The Zentropa based director does, however, reveal more details on the upcoming film.

»It's about a man fighting his inner demons. That doesn't tell that much, but that's because we haven't gotten any further so far«.

How did the two of you end up doing a horror movie together?

»I've always thought that Lars would be able to do a fantastic horror movie. And I've told him so many times throughout the years, and in the end he said: 'I want you to stop talking about it, so I'll write it for you instead'«.

»I love the horror genre. I'm from a generation that grew up with 'Psycho' and 'The Exorcist', and it's an extremely visual genre, if you do it properly«.

Will it be a psychological horror movie?

»No, no, it's real horror. Of course, there is a psychological aspect, but it's a real horror movie. That's what we're aiming for, at least«.

»It takes place in Detroit, and then there is the wordplay between Detroit and 'destroyed'«.

How is your working process, when Lars is writing the script in Denmark, and you're living in London?

»We meet and talk over the phone a lot, and then I read something and comment as we go along. But it's not in that sense a script that we're writing together - it's exclusively Lars, who's the script writer«.

Lars von Trier has previously written scripts for other directors: 'Dear Wendy' for Thomas Vinterberg and 'The Early Years' for Jacob Thuesen.

Do you feel this content is inappropriate or infringes upon your rights? Click here to report it, or see our DMCA policy.
denmarkdetroithorrorkristian levringlars von trier