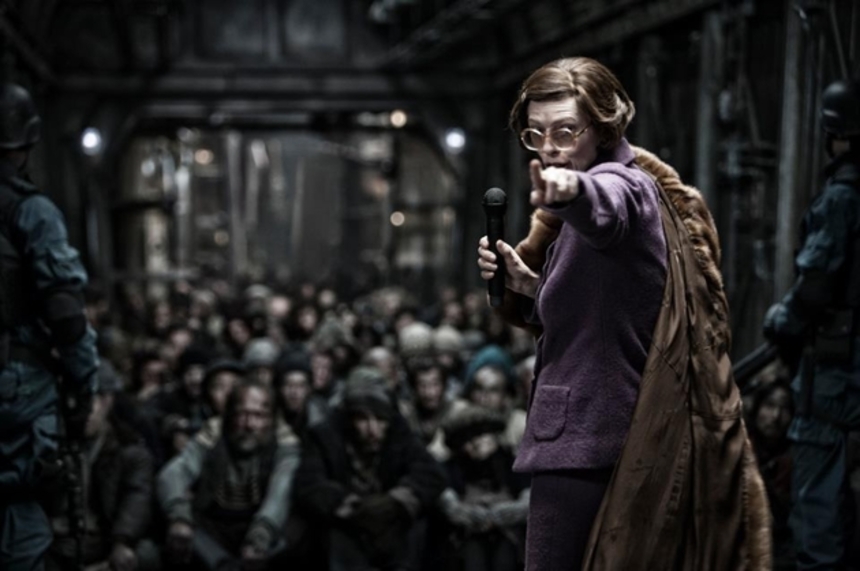 The Los Angeles Film Festival is turning 20 this year, and to celebrate, the fine folks at Film Independent have quite the whopper of a line up. Bong Joon-ho's hotly anticipated science fiction actioner Snowpiercer opens the fest, which runs at Regal LA Live! from June 11 to 19. The closing night film will be Clint Eastwood's screen adaptation of the Broadway hit Jersey Boys. But let's take a look at the meat of the fest with its competition lineups, showcases and retro screenings.

While LAFF might not always be known as a place of discovery like Sundance or Toronto, it's one of the few summertime fests in North America that can bring the possibility of such. Take note that American indie mainstays Nathan Silver and Mike Ott have films in competition. And then there's the fest's LA Muse section, which is made up of low-budget local fare. And before we roll our eyes and say "hipsters," I am sure hoping this new section is going to prove to the world LA is an eclectic and colorful city with many varied voices. As a white, 30-year old man (a hipster, in other words), I want that to be known. So, on to the full line up.

Narrative Competition (9): The Narrative Competition is comprised of films made by talented emerging filmmakers that compete for the Filmmaker Award. The winner is determined by a panel of jurors, and films in this section are also eligible for the Audience Award for Best Narrative Feature or Best International Feature.

Summer Showcase (11): The Summer Showcase section offers an advanced look at this summer's most talked about independent film releases and will include highlights from the festival circuit and premieres. Films in this section are eligible for Audience Awards for Best International Feature, Best Narrative Feature or Best Documentary Feature.

Free Community Screenings (5): These films will be presented free to the public. New films in this section are eligible for Audience Awards for Best Narrative Feature or Best Documentary Feature.

The Beyond (3): The Beyond offers films that dare to be different. Films in this section are eligible for Audience Awards for Best International Feature, Best Narrative Feature or Best Documentary Feature.

Short Films (40): Shorts are shown before features and as part of four short film programs. With their diverse and complex content, these films shine brilliantly. Most short films, domestic and international, will compete for prizes in Narrative, Documentary and Animation/Experimental categories. The winner is determined by a panel of jurors. An Audience Award for Best Short Film is also presented.

Future Filmmakers Showcase: High School Shorts (29): These two programs of shorts are made by high school students from around the world, featuring work by the next generation of filmmakers.

Interactive (9) An international selection of video game playthroughs with commentary by the gamer, the Let's Plays highlighted here exhibit a range of independent games (horror, interactive fiction, playable character quests, minimalistic platformer) as well as a variety of gamer/commenter approaches (instructional, humorous, multi-player).  Game developers and Let's Play video creators will be in attendance for a Q&A.

Music Videos (51): The Music Video Showcase consists of three programs. I See Music: Exploring Beyoncé's Visual Album is a simultaneous audio/visual experience, screening the non-linear short films that illustrate the songs on her most recent release, followed by an extended talk with the creators and directors of those videos, focusing on the artistry of the creation process and the tones and themes expressed throughout. Eclectic Mix 1 and 2 are visual mix tapes of this year's best independent music videos with a few innovative major label artists thrown in for good measure.  Music videos will compete for an Audience Award.