Hooray For Hollywood: It's The End Of The World As We Know It And I Feel... Bien? 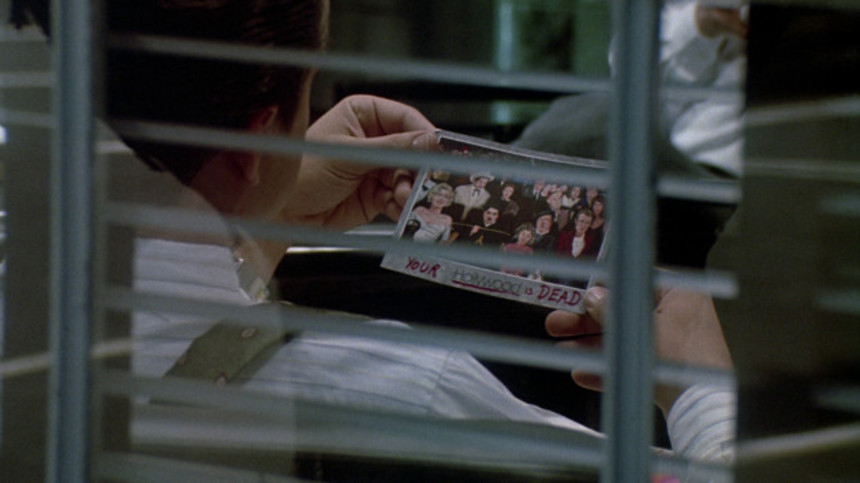 I don't know if any of you have noticed recently, but the world has gone mad.

And I wish it was only things like the imminent melting of Antarctica, the rise of global Holocaust denial and my sudden love of soyrizo. But, as any glance at the entertainment industry press should tell you, Hollywood is on the precipice of cratering as one of the preeminent American industries. Granted, the implosion may not be next year, but it is certainly looking like it will happen well before McMurdo Station starts floating away towards Chile on an iceberg.

Just a few weeks back at a business leadership conference in Beverly Hills, Jeffrey Katzenberg made waves when he predicted the collapse of "release windows" to a mere 17 days within the next ten years. He also made the apparently outrageous statement that feature films are "not a growth business" (both statements possibly influenced by the large Mr. Peabody and Sherman write-down Dreamworks Animation would announce a day later).

No sooner had the words come out of his mouth than exhibitors' heads began exploding in Scanner-like fury across the continent. Many of Katzenberg's peers scrambled to contain the damage. Universal's Jeff Shell offered the opposite assessment later at the same conference while Warner Bros.' Jeff Bewkes chose to mock the messenger, offering a thinly veiled slap at DWA's recent box office performance.

The problem for them is: Katzenberg is right and they all know it.

Shell went to pains to point out that although domestic ticket sales have been and are flat, international opportunities are "growing like crazy".

And they may be -- but ONLY for a particular type of movie.

My fear is that we are -- at least in the United States -- nearing the end of the theatrical exhibition era. For me, the canary-in-the-coal-mine is the massive investment and scramjet pace with which every studio is making its leap into "umbrella brands".

Disney is, obviously, class champion and they should be. Disney has always been at the forefront of master branding, first with Walt at the helm and then in the wake of the Eisner/Katzenberg re-boot of the studio. The recent acquisition of the Marvel, Star Wars and Indiana Jones properties merely confirms this historical fact and consolidates their position.

But Warners, Fox, Universal, Sony and Paramount are all following suit, foaming at the mouth, regardless of their actual ability to execute master-branding in anything close to a Disney manner.

DC Comics, the X-Men properties, Jurassic World, Sony's Spider-fever and Paramount's Star Trek are all Hail-Mary attempts to get on the "master brand" train before the station explodes behind it. The paradigm shift started by the blitzkrieg merchandising of Star Wars in 1977 hasn't so much come full-circle as reached its apogee.

And while it may not seem like that big a deal -- complaints about the studios only making "toy tie-in movies" have been de rigueur for years -- you only need to look at the music industry to see how dire the situation is to create this swing-for-the-fences shift at the studios.

With the advent of both MTV and the compact disc, the music industry was the envy of all, simultaneously able to stamp the popular culture with its imprint and make money hand-over-fist. From the early-adapter retail of $15.99, average CD prices never looked down, only climbing for nearly twenty years.

Almost overnight, the whole façade came tumbling down. The major labels and Metallica's Lars Ulrich screamed about piracy and thieves, but the problem was that this was all in response to a role-reversal -- the labels (and, to a lesser degree, the artists) had been brigands stealing from their fans for years in the form of unreasonable market prices.

Fast-forward to today and you see two things in the music business are absolutely true: fewer musical artists are able to make a living making music (let alone lead the gauche lifestyles of yesteryear) and labels are sticking their hands into every single honeypot via so-called "360-deals" in order to survive because you can't compete with "free".

Master branding is the American studio's version of a "360-deal": a desperate attempt to create stables of "universal brands" that will be exploitable in every possible permutation and arena.

The danger for Hollywood is that the more this model grows roots, it will eventually be the true cause of the Spielberg/Lucas predicted Studiomageddon rather than a single (or double or triple) tent-pole failure.

Movies can be written down. A unified corporate strategy can't be.

The problem for the studios -- and, in short order, the networks -- is that the Napster moment for video entertainment is arriving with the advent of internet-integrated televisions and/or set-top boxes.

Home video sales have been crashing for years and paid-downloads have not taken off the way many in the industry assumed they would. Current digital sales are on an impressive upward trend on a percentage basis, but total sales is still less than 50% of the plummeting DVD/Blu-Ray category.

The imminent ability to troll the web on your television combined with a future Popcorn-style download interface will bring "piracy" to the masses. Most people think the studios are the pirates for charging $15.00 for a matinee movie, so the ground has been prepared for piratical consumption of content.

Years ago (so long ago, some studio execs still thought Divx was gonna make it), I made a statement to a coworker that I felt theatrical was soon going to be treated as more of a marketing expense for the home video release than a money-making venture for the studio. I was roundly criticized, but my notion -- aside from being accurate -- is downright quaint to what's on the horizon:

If you're a studio head looking at this landscape, you quickly realize: the only way to make money on our soon-to-be-pirated-from-Day-One content is to get people to cough up the dough for things they can't pirate -- rides, pencils, personalized web-shooter replicas. Hence, the master brands. Who cares if they buy a ticket or a download? As long as they SEE the film, we'll capture a percentage that buy merchandise, go on the rides, click-thru on our web ads.

It's like a Henny Youngman routine: "Take my movie. Please!"

(Personally, I hate this. Films are FILMS. They're not TV, they're not "content" and they're certainly not commercials-only for other crap. TV may get all the attention these days -- "Game of Thrones this! House of Cards that!" -- but film is special. For all the hullabaloo about The Sorpranos, I've never met anyone who quotes from it the way everyone I've ever met quotes Goodfellas or The Godfather.)

Even exhibitors are succumbing to panic-mode, offering up "premium price" schedules for center-of-theater seats. The problem they have is not enough people in movies to buy the 300% mark-up candy, not people fighting over the best seats. One would think the correct course would be to make a deal with the studios to LOWER seat prices, driving ticket velocity in a net-positive direction.

Some may think that, even if all of this is true, that theatrical exhibition isn't endangered -- independent product certainly exists to fill screens. Well, yes, but should we see the post-umbrella collapse of one or more studios, independent cinema can't drive enough butts into seats to make the center hold economically.

The one silver lining I keep coming back to, much like Jeff Shell, is "international".

Much like when Detroit was at its nadir in the 1970s, the US film industry is priming itself for foreign encroachment. EuropaCorp -- one of the most brand-consistent studios in the world, in my opinion -- just announced over $500 million in financing and credit at Cannes to further the inroads made with their recent entries, especially the Taken franchise.

The history of Hollywood has proven that English-language films can dominate internationally. No one ever said Hollywood had to be the ones to make it.

Unencumbered by either the financial weight or cultural malaise of the massive multi-nationals, there may be an opportunity for global studios and production companies to add to their piece of the pie by putting America squarely in their sights, taking advantage of both the strong exhibition network in the US and the declining output of the studios.

Throw in a studio collapse or two, and the single largest market for films could be up for grabs before Mr. Katzenberg's 17-day window becomes reality.