Todd Brown
Founder and Editor; Toronto, Canada (@AnarchistTodd)
Sign-In to Vote
Tweet Post Submit
For what appears to be the first time in his long and acclaimed career Spanish genre icon Alex de la Iglesia is donning the producer's hat on a project he is not also directing with Juanfer Andrés and Esteban Roel's Shrew's Nest. Iglesia is joined in his producers role by Carolina Bang and Kiko Martinez with Blancanieves' Pedro Ruigómez on as line producer and make up effects by Pan's Labyrinth veteran Pepe Quetglas. Here's how the directors describe their creation:

With our first feature, Shrews' Nest, we're looking to strike a balance between our two favorite types of movies. On the one hand, genre films -- and more specifically, horror, one of the genres that has taken up the most viewing hours of our lives. But there is also the genre that we call "films for actors". Those films that are held aloft by the pillars of solid characters that let the cast shine.

There are many films that fulfill both these parameters and have been key for us. From The Beguiled by Don Siegel to Misery by Rob Reiner, along with Stanley Kubrick's The Shining and Juanma Bajo Ulloa's Butterfly Wings, Roman Polanski's Repulsion and Alfred Hitchcock's Rebecca. Films that are each very different from the other, but all of which exist at a midpoint between drama and horror.

And that is Shrews' Nest, a drama of horror in which we explore one of the most terrifying situations imaginable: that of a monster living with you, who is part of your family, who shares your life. Someone who you cannot easily free yourself from because, despite it all, you love them.

For a character based chiller to work you've got to have a quality cast and they've got that in spades here with Macarena Gomez (Sexy Killer, Witching & Bitching), Nadia de Santiago (Niños Robados), Luis Tosar (Sleep Tight, Cell 211) and Hugo Silva (Witching & Bitching).

Check out the synopsis below and then the first two images in the gallery below that, now freshly joined by the film's first poster art.:

Spain, the 1950s. Montse is no longer a young woman. She lost the blush of youth caring for her little sister, holed up in a sinister apartment in downtown Madrid.

Their mother died giving birth to the little one and their father couldn't handle it. He fled like a coward and left the girls alone. Forced to be father, mother and big sister, Montse hid away from life inside those four walls, feeding her obsessive and unbalanced temperament. She suffers from agoraphobia and cannot take a single step outside the house. Not understanding what is happening to her and the suffering that this strange disease causes her makes her take shelter within a world of Our Fathers and Holy Marys.

Montse works as a seamstress and her only link to reality is her sister, a girl who will soon no longer be a girl. One day, the chain is broken when Carlos (HUGO SILVA), an irresponsible young neighbor, is misfortunate enough to stumble down the stairwell and looks for help at the only door he was able to drag himself to.

Montse takes him in.

Someone has entered the shrew's nest. 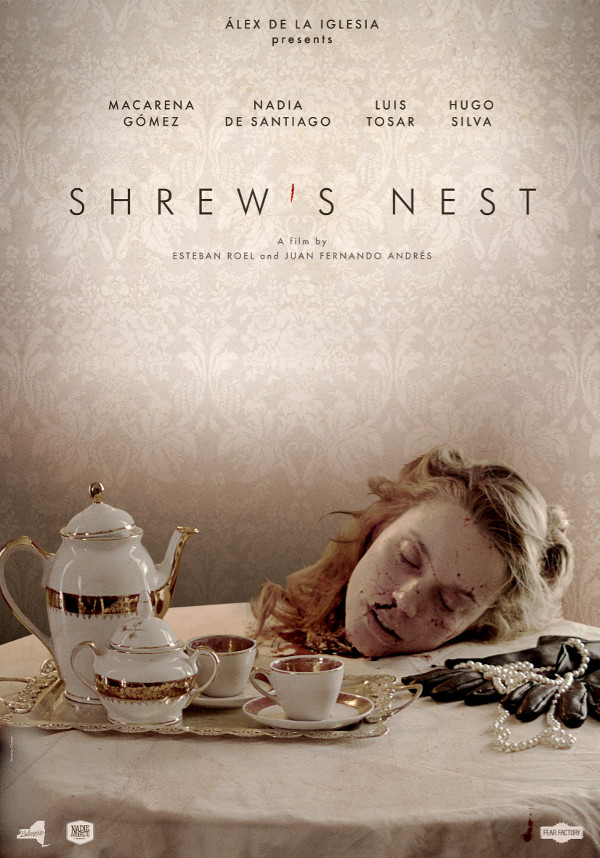 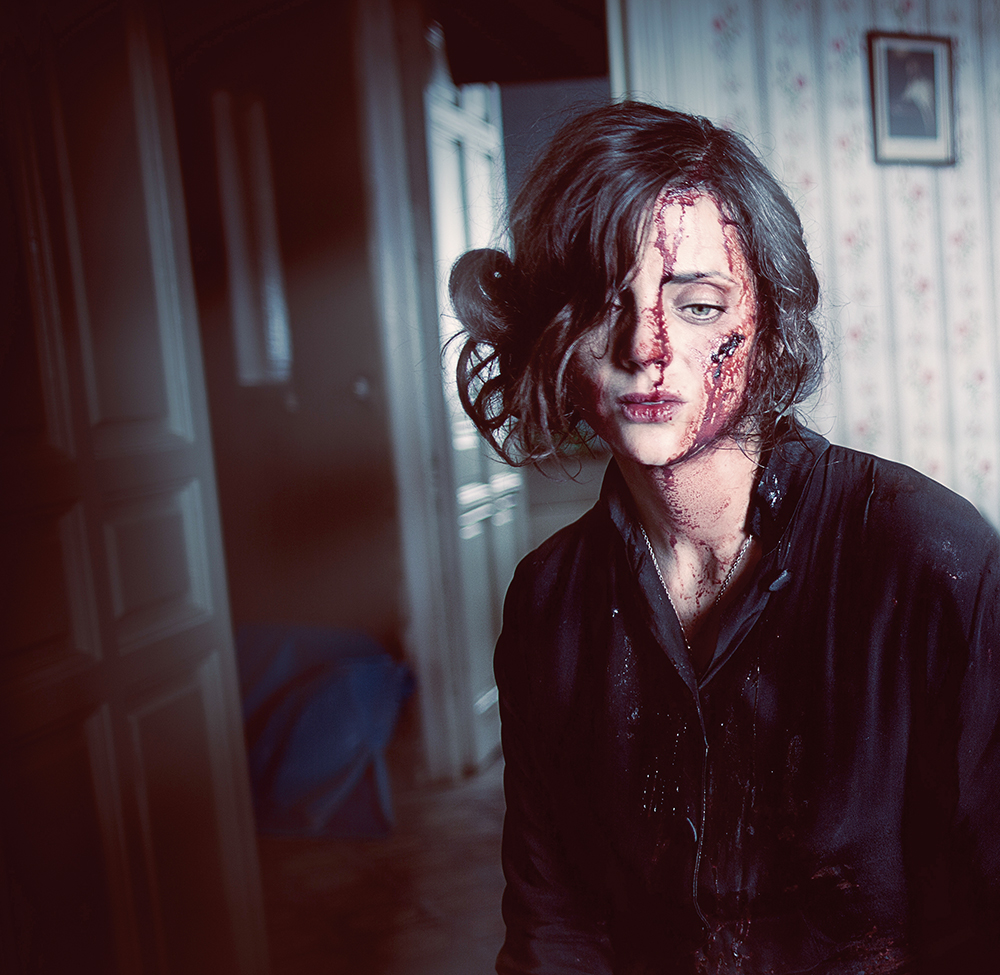 Do you feel this content is inappropriate or infringes upon your rights? Click here to report it, or see our DMCA policy.
alex de la iglesiaEsteban Roelhugo silvaJuanfer Andrésluis tosarmacarena gomezshrew's nest