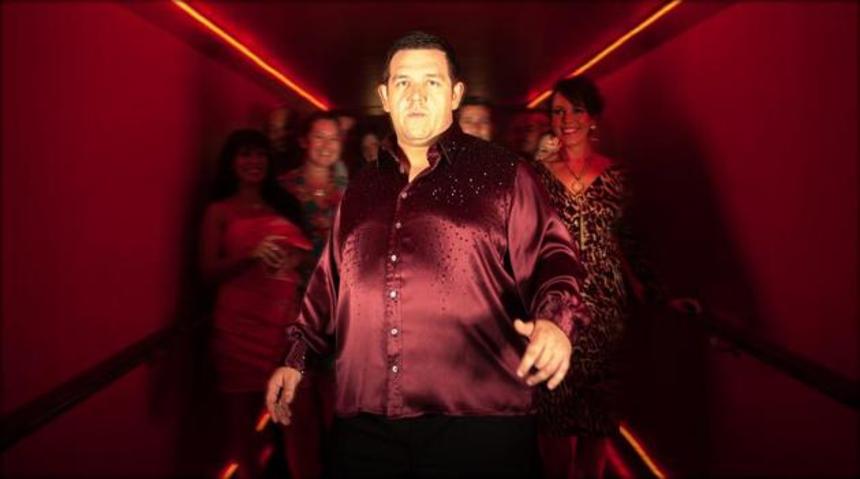 Romantic comedies have hit a bit of a slump in recent years, at least ones from big Hollywood and UK studios. The same patterns, cliched images, characters, and formulas have become predictable and dull.

And in many ways, Cuban Fury doesn't escape this trap: a guy wants a girl who is out of his league, so must find a hook with which to compete with an obvious jerk in order to win the girl's heart. It's somewhat redeemed by good performances, a few scenes of witty banter and a non-traditional conclusion, but ultimately falls a bit flat.

Bruce (Nick Frost) is a former teenage salsa champion who let a bad encounter ruin his childhood dream. Twenty-five years later, he falls for his new boss Julia (Rashida Jones), who also has a passion for salsa dancing. In order to win her heart, he must compete with his sleazeball co-worker Drew (Chris O'Dowd). He seeks out his former dance teacher (Ian McShane) and along with his former dance partner and sister Sam (Olivia Colman), reignites his passion for dance.

The main joke, as is made clear in the trailer, is about Bruce's physical appearance in relation to his ability to dance and win the girl. Basically, how funny is the fat guy. Audiences are used to seeing average-looking men paired with beautiful women, so it's hard not to proverbially (or literally) roll one's eyes at the jokes. Drew makes fun of Bruce's bike-riding and interest in Julia; Sam insists that Bruce is lovable in spite of his appearance; other salsa dancers (at least at first) mock his appearance.

Anyone who has watched the television show Spaced will know that Frost can indeed shake some good moves on the dance floor, so he certainly doesn't look stupid, which makes the joke, well, not particularly funny. The competition between Bruce and Drew for Julia is played with the usual misdirection, deception and misunderstanding, so again, most of the jokes land without much notice.

Luckily, this is a top-notch cast, so even with a weak script, they manage to raise it up a bit. Frost is his usual lovable self, and O'Dowd is clearly having fun playing somewhat off-type as the bad guy; their dance-off in the parking lot is a highlight. Jones doesn't get enough credit as the "straight man" she frequently is in comic scenes, giving her castmates the perfect delivery for them to make the joke. McShane is perfect, if underused, as the aging dance teacher who inspires through insult. But the real scene-stealer is Kayvan Novak, in the role of Bejan, Bruce's new salsa-dancing friend; Novak plays the part with the perfect amount of camp that is never too exaggerated or insulting.

As I said, the less-than-perfect non-Hollywood ending is refreshing, and the story focuses as much on Bruce's return to his passion as his hopeful romance with Julia. However, too many of the jokes and gags are predictable and don't really provoke enough laugh-out-loud moments. It's amusing enough, but even with a great cast, there's just not enough imagination to set it above the average.

Review originally published during the film's UK theatrical release in February 2014. It opens in select theaters in the U.S. on Friday, April 11.