Review: NOAH, Good Vs. Evil Is Not As Simple As It Sounds 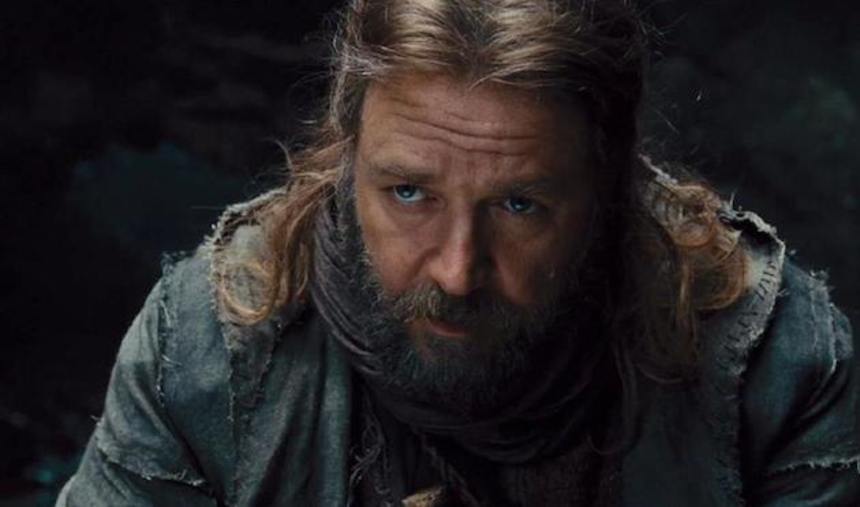 With a length of little more than two hours, Darren Aronofsky's Noah is many things. It is an exploration of some of the themes the director already touched on in The Fountain, but it also functions as new territory for Aronofsky, mostly through its kick-ass action blockbuster side.

Certainly, the main goal is to give a different approach to the biblical story of Noah's Ark and thus the film won't please everyone. That might be an obvious remark, but it really won't do it. For example, I don't see my grandmother, the last true Catholic person in my family, pleased to watch a colossal battle, echoing the Lord of the Rings trilogy, in the middle of Noah's tale. It seems Aronofsky is bringing the Bible to a new generation, but ultimately the film is much too complex and talky for a teenager, not to mention a child. I say all of this because I watched it in Mexico City with an all-age audience, including kids.

Anyway, Noah begins by referencing the origin story of Adam and Eve and their sons, Cain and Abel. There are some vivid images, including that of the serpent and the fruit, but the narrative really kicks off with young Noah witnessing the murder of his father by one of Cain's descendants (played by Ray Winstone). This is a reflection of the period: mankind has corrupted the world, blood has been shed and animals killed. In consequence, the creator decides it is time for a new beginning.

The journey of Noah (Russell Crowe) unfolds as he realizes the images he dreams about are related to the vision of a superior entity, and everything becomes clearer once his grandfather (Anthony Hopkins) appears as an almighty old man. Aronofsky is here for stylish shoots, playing with colors and distinguishing the good from the evil through them; the green is very vivid but there's a greyish tone invading the imagery. Whether you like the film or not, it has a cinematic value that is, quite simply, impossible to dismiss. This visual language is used to represent, for instance, the origin of life and that whole Adam and Eve / Cain and Abel / good and evil thing that at the very beginning was only referred to with words.

Does Aronofsky manage to give this kind of beauty to the whole thing? Well, if you're looking for a visual spectacle, Noah delivers. For moments, it's also a highly enjoyable epic confrontation with some creatures that feel taken out of The Lord of the Rings rather than the Bible, fighting and helping Noah in order to prevent the debased human beings (led by Winstone's character) to save themselves from the flood. 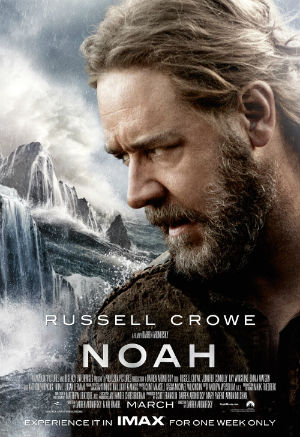 Good vs. evil is not as simple as it sounds, though, and the movie mostly relies on the struggle that Noah's mission is, with such themes as compassion, revenge, mortality, and of course redemption. Brilliantly dark is an image of a bunch of people dying in the sea, screaming, and how the protagonist must ignore them to the horror of his own family. At its core, Noah's story (at least in this version) is the conflict of a man who has to choose between the greater good and his family; composed of his wife (Jennifer Connelly), three sons (Logan Lerman, Douglas Booth and Leo McHugh), and daughter in law (Emma Watson).

From the moment Noah and his family are building the ark, some "minor" human problems emerge (the son who wants a female companion or the daughter in law who is sterile) and you realize Aronofsky won't leave this element out of his big budget picture. In fact, the last third of the movie is much more intimate, almost like a character study, in which the hero becomes the antagonist. Crowe's performance stands out as terrific, having many physical changes, but the rest are less special.

The film is set entirely inside the ark during this part and while there are interesting conflicts within Noah's family, it lacks powerful interaction between the characters. The director tries but he can't achieve moments as moving as those from The Fountain or The Wrestler. You are seeing a very human battle (the father losing his family) but it doesn't connect as it should have, maybe because (regardless of your biblical knowledge) there's an absence of surprise in this last act that is more relevant than in the rest of the trip.

Noah is a dark effort that ends on a light note, and a complex film that ends up arriving in some conventional places. It might be lesser Aronofsky (and one of my least favorite of his films to date), but it is still a worthy, often entertaining, journey.

Noah is now playing in Mexico and South Korea. It opens in North America on Friday, March 28.

Do you feel this content is inappropriate or infringes upon your rights? Click here to report it, or see our DMCA policy.
Anthony HopkinsDarren AronofskyEmma WatsonJennifer ConnellyNoahRay WinstoneRussell Crowe