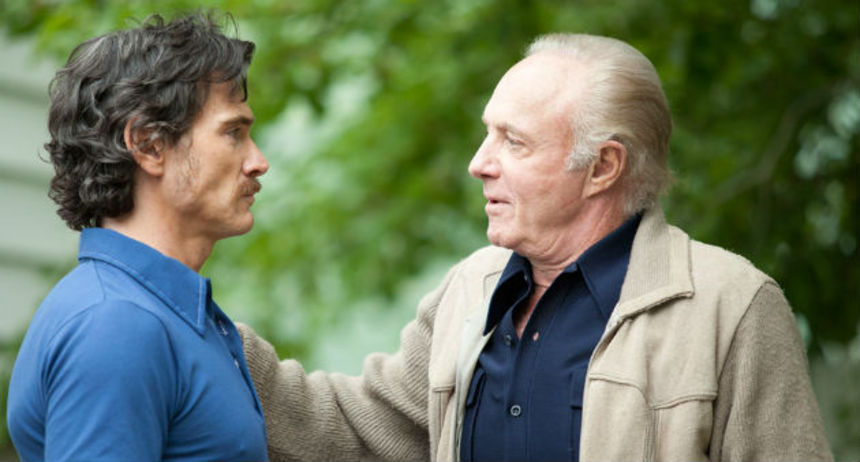 To call Guillaume Canet's Blood Ties a love letter to the 1970s is a bit of an understatement.

The Clive Owen, Billy Crudup brothers-on-opposite-sides-of-the-law drama absolutely oozes with 1970s nostalgia, from its impeccable costume and production design to its almost fetishistic use of 1970s music. Even the story is a throwback to some of the great crime films of the era, not to mention the choice to cast James Caan. While it doesn't quite get every beat right, strong performances and a satisfying plot make it a memory trip worth taking.

Frank (Crudup) has always had a contentious relationship with his older brother Chris (Owen), though as much as he hates to admit it, his decision to become a cop wasn't enough to stop him from looking up to his criminal brother. We catch up with Chris on his release from a lengthy prison sentence as a reluctant Frank succumbs to his sister's (Lili Taylor) pressure to help Chris get back on his feet. 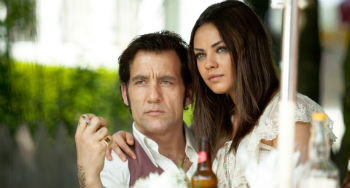 Canet (and co-writers James Gray and Jacques Maillot) don't spend a lot of time on exposition, but things move slowly through the rather lengthy first act as we get to know the family, as well as Frank's prostitute ex Monica (Marion Cotillard) and new love interest Natalie (Mila Kunis). We also meet local thug Scarfo (Matthias Schoenaerts) and his girl Vanessa (Zoe Saldana), who just happens to be the former love of Frank's life.

A plotline involving Chris's return to his former profession slowly develops, though far more time is spent throughout the film on family and relationship melodrama. This tends to wear on a bit, but the strong performances all around keep it from ever becoming outright painful. When the action does pop off, it comes furiously and is shot with skill. Thankfully, as the runtime increases, the story develops towards an exceptionally satisfying final act.

A European production, some of the cast of Canet's first English language film tends towards atypical. Both Owen's and Cotillard's accents have awkward moments. Though his screen time is on the short side, Schoenaerts's English is flawless and it's great to see the Bullhead star begin to make inroads with American audiences. Zoe Saldana gives a particularly strong performance, and the oft-overlooked leading man Crudup also does well.

What will surely be remembered most about Blood Ties is its strong period production value. From the wonderfully decorated exteriors loaded with the cars of the era to the record players spinning classic hits, 1970s New York absolutely comes alive. While he takes his time getting there, Canet tells an enjoyable story -- and if nothing else, it's clear the director can execute a complex vision.

Review originally published during the Cannes Film Festival in May 2013. The film opens in limited theatrical release in the U.S. on Friday, March 21, and will also be available to watch via various Video On Demand platforms. Visit the official U.S. site for more information.

Do you feel this content is inappropriate or infringes upon your rights? Click here to report it, or see our DMCA policy.
Billy CrudupClive OwenGuillaume CanetJames CaanMila Kunis