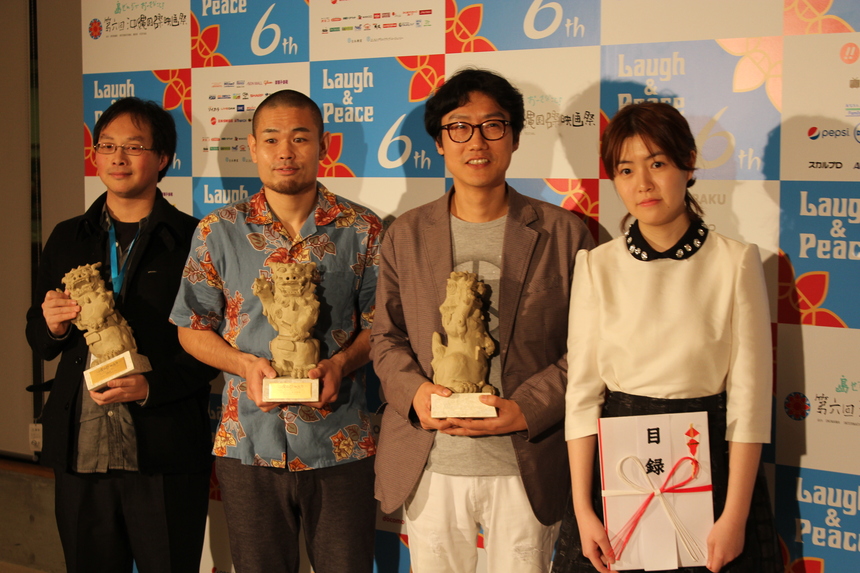 Last Monday night saw the closing of the 6th Okinawa International Movie Festival. Before the event officially closed with a fireworks display over its beach-side setting, the winners of this year's awards were announced.
The jury, headed by veteran director, screenwriter and producer Nakajima Sadao along with Gary Tang, Narahashi Yoko, Higa Etsuko and LiLiCo, awarded the Special Jury Prize: Golden SHISA Award to Shinagawa Hiroshi's One Third (Check out James Marsh's review here).

The main competition section of the festival is split into two separate categories, 'Laugh' and 'Peace' representing the main concept of the festival. Taking home the prize in the Laugh Category was Katsuhide Motoki for Ultrafast! Sankinkotai, the story of a feudal lord in ancient Japan who must make his way to Edo in just four days to visit the shogun. South Korea's Miss Granny won in the Peace category and director Hwang Dong-hyuk and actress Shim Eun-kyung were present to accept the award for their wonderful fantasy comedy.

Do you feel this content is inappropriate or infringes upon your rights? Click here to report it, or see our DMCA policy.
awardsfilm festivalJapanese CinemaOkinawaShinagawa Hiroshi